– Former Assistant Secretary Of Housing Catherine Austin Fitts: The People Who Are Leading America Are ‘Literally Doing A Vast Number Of Things That Are Going To Depopulate Or Bankrupt The Rest Uf Us’ 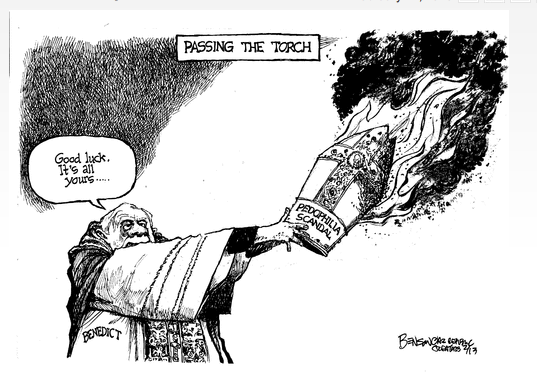 The other day, I imagined members of the Knights of Malta and Opus Dei (the money guys) gathering in a quiet sanctuary to discuss the current financial meltdown in the Catholic Church and the perfect Pope to help evolve their business model and lead them into a new and wealth building period.

Who would be the ideal candidate? What would the profile be?

After 2000 years of financial and investment operations combining the magic of compound interest and the largest land and real estate holdings in the world with tax exemption and diplomatic immunity, and the accumulated capital thereon, the money men behind the church need the right man for the job.

A younger, multicultural US President (Obama) engineered $27 trillion of gifts to the banks and the breakaway civilization, right? He gives a young, pretty face to to the conquest and depopulation of Africa, right? He has got the Patriot Act, assassinating Americans, and torture on a sustainable path?  Why can’t we get someone just like him?

The money men need a Pope who tweets.