While hardly presented by the mainstream media with the same panache dedicated to the monthly ARIMA-X-12 seasonally-adjusted, climate-affected, goal-seek devised non-farm payroll data, the three month delayed Foodstamp number is according to many a far greater attestation to the “effectiveness” of the Obama administration to turn the economy around. And far greater it is: since his inauguration, the US has generated just 841,000 jobs through November 2012, a number is more than dwarfed by the 17.3 million new foodstamps and disability recipients added to the rolls in the past 4 years. And since the start of the depression in December 2007, America has seen those on foodstamps and disability increase by 21.8 million, while losing 3.6 million jobs. End result: total number of foodstamp recipients as of November: 47.7 million, an increase of 141,000 from the prior month, and reversing the brief downturn in October, while total US households on foodstamps just hit an all time record of 23,017,768, an increase of 73,952 from the prior month. The cost to the government to keep these 23 million households content and not rising up? $281.21 per month per household.Total Americans on foodstamps: 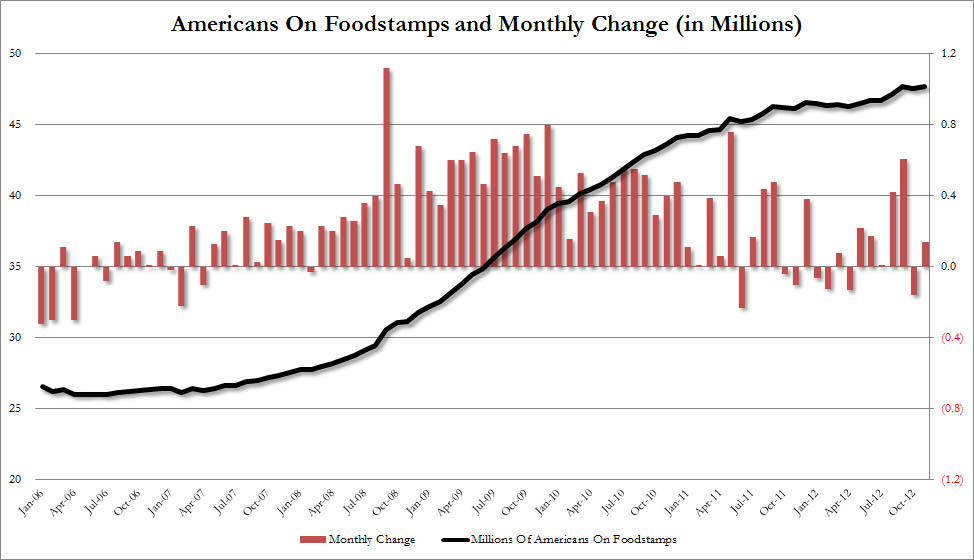 Total households on foodstamps and average benefit per household: 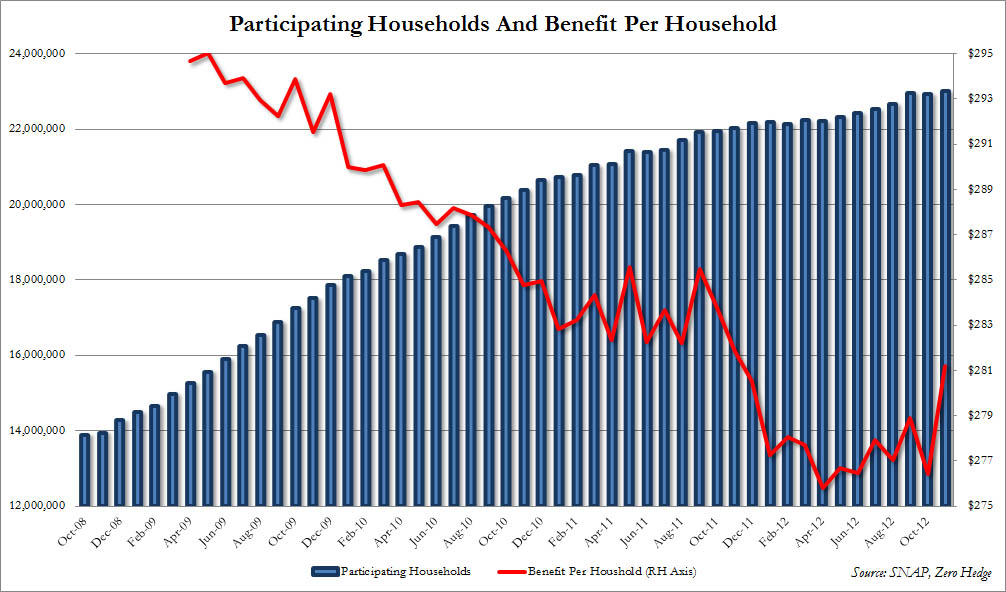 Monthly change in Foodstamp and Disability recipients vs jobs since December 2007: 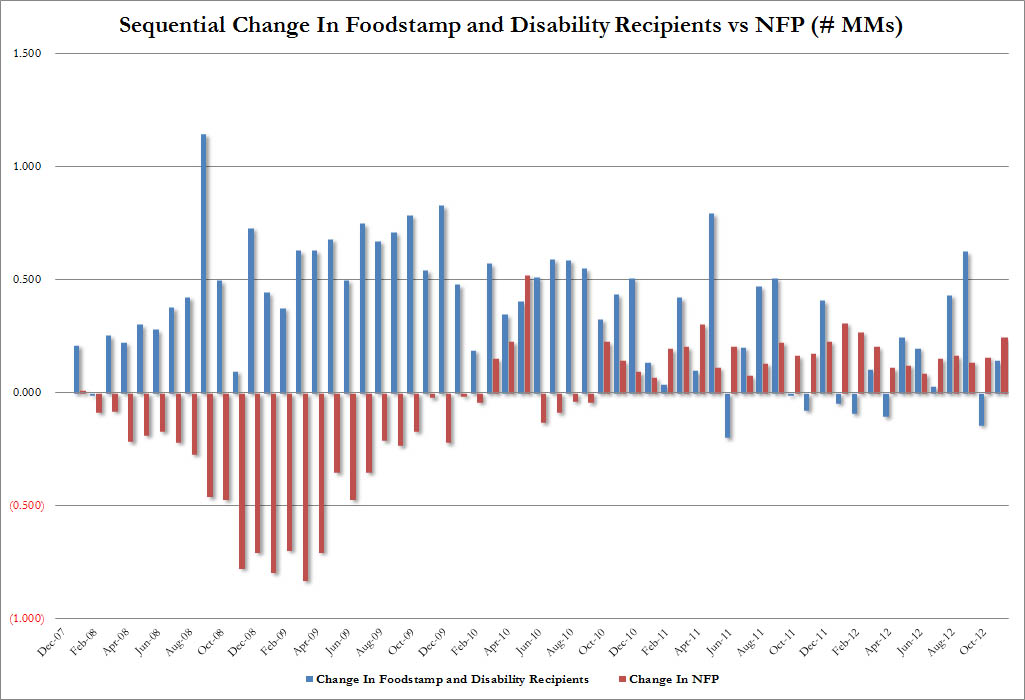 Cumulative change in jobs vs Foodstamps and Disability Recipients: 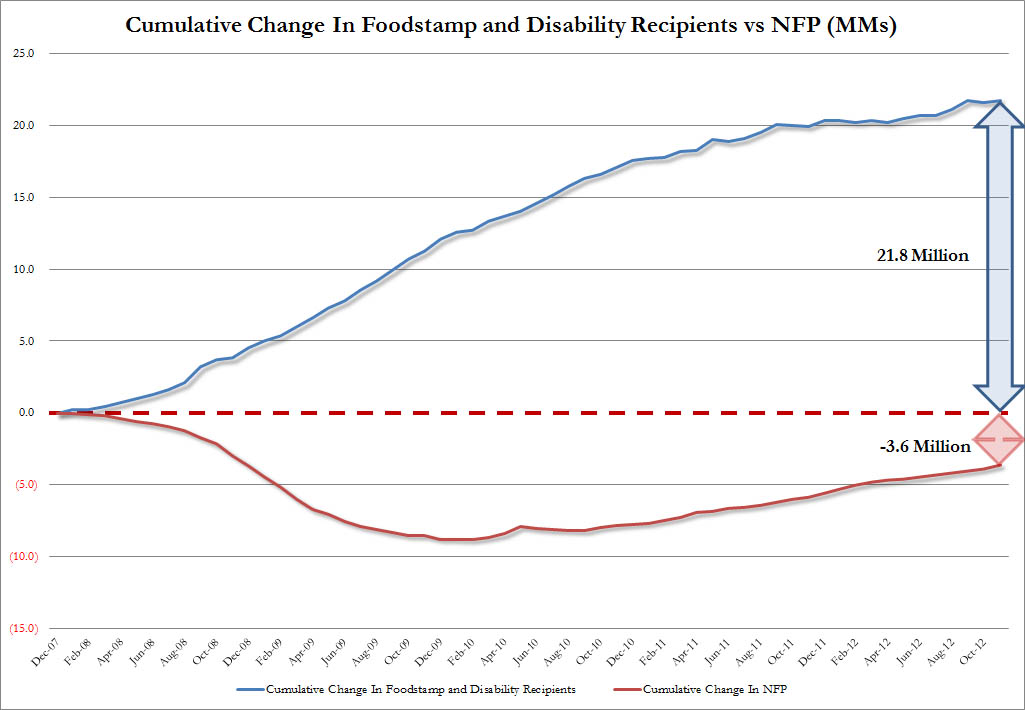 1 thought on “U.S. Households On Foodstamps Rise To New Record”