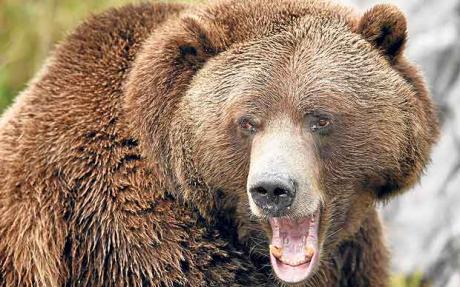 According to Barron’s columnist Steven Sears, someone made a big bet against the financials ETF yesterday (ticker symbol XLF), and it has everybody buzzing.The trader bought 100,000 put options on the ETF (a put option increases in value when the price of the underlying asset, in this case, the ETF, goes down).

To put that number in perspective, Sears writes, “Few investors ever trade more than 500 contracts, so a 100,000 order tends to stop traffic and prompt all sorts of speculation about what’s motivating the trade.” According to Sears, the trade “has sparked conversations across the market.”

While the bet has everyone scratching their heads, Sears offers one possible explanation: bank stocks have been on a tear lately, so it make sense for someone who own bank stocks to hedge against a reversal by purchasing put options on the ETF that tracks bank stocks.

However, Sears says a trader trying to hedge against a short-term reversal didn’t need to set up the trade this way:

To be sure, it makes perfect sense to hedge a hot fund like the financial sector SPDR. The fund has surged this year, and gained about 7.2%. But if the mystery hedger was simply concerned the financial sector exchange-traded fund would retreat from its 52-week high of 17.66, which is reasonable, there are shorter-term hedges. For instance, he could have bought puts that expire no later than March, because they would be more sensitive to near-term changes.

By choosing April puts, the mystery investor has some traders concerned that they, along with the majority of investors, are too optimistic ahead of the coming budget fight.

Read the rest at Barrons.com >

Interestingly, Art Cashin alerted readers of his daily note to a similarly large and bearish but separate trade this morning. Read about it here >