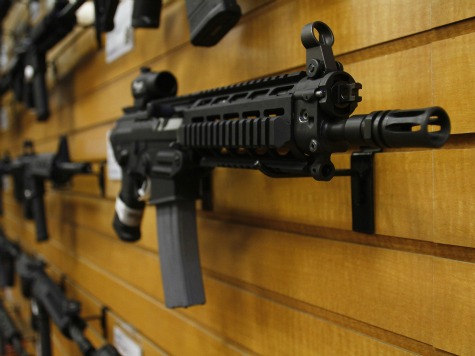 While Democrats attempt to ban “military-style assault weapons” like the AR-15, a Rochester Institute of Technology student used that very gun to thwart home invaders and save his roommate’s life.

Christopher Boise heard noises in the basement of his apartment; when he went to investigate, he found two intruders. One of the men trained a gun on him. Boise screamed, which woke his roommate, Raymond, who grabbed his gun bag and took out his AR-15.

One invader opened Raymond’s door only to see the barrel of the gun.

“By the time I had it out and ready, one of the men came at my door, slowly opened it, saw that there was a barrel on the other side and from there backed out,” Raymond said.

The men fled the apartment without taking anything. No shots were fired in the confrontation.

“I’m happy he saved my life. I was very thankful he had his (gun),” said Boise.

A few weeks ago, a 15-year old boy used his father’s AR-15 to stop two home invaders when he and his sister were home alone.