– Anonymous Calls for Civil War to Overthrow the US Government (Activist Post, Jan 23, 2013): 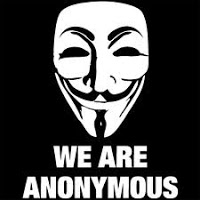 In the latest video from Anonymous, they have called for the most aggressive action yet. They’re asking the American people to join them in a “call to arms” for the destruction and overthrow of the US Government.

In the statement, Anonymous says the government is calling them “terrorists” because they truly fear a people’s uprising.

They are not calling for denial of service attacks on government websites or protests as is their normal modus operandi, but for freedom activists to join them in full-blown war to overthrow the US Government and return it to the control of the people.

“We are not calling upon the collective to deface or use a distributed denial of service attack on a United States government agency website, or affiliate. We are not calling upon the people to once again occupy a city or protest in front of a local building, This has not brought on us any legislative change or alternate law. It has only brought us bloodshed and false criticism. For the last 12 years, voting has been useless. Corporations and lobbyists are the true leaders of this country and are the ones with the power to control our lives, To rebuild our government, we must first destroy it.Our time for democracy is here, Our time for resolution is here, This is America’s time for revolution, To restore our constitutional rights, to once again, be free therefore, Anonymous along with the American people have decided to openly declare war on the United States government. This is a call to arms.”

The hacktivist collective lists a long train of abuses that can no longer be allowed:

They claim that all peaceful attempts to affect change within the system have failed and the time for action is now.

“Our peaceful actions, patience and restraint have been demonstrated as we watched and waited for our Congress and Representatives to speak for the American citizens and protect us from the tyrant that sits in the oval office and happily strips the American people of our rights, one by one, executive order by executive order. We have waited long enough.”