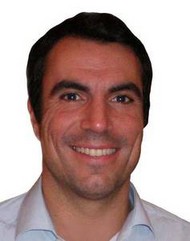 Thomas Candillier, the Paris-based head of European cash equity sales at JPMorgan Chase & Co., has died at the age of 37. Source: ESSEC

Thomas Candillier, the Paris-based head of European cash equity sales at JPMorgan Chase & Co. (JPM), has died at the age of 37.

JPMorgan declined to comment on the cause of death. Candillier is survived by his wife and children.

Brian Marchiony, a JPMorgan spokesman in London, said Candillier will be “dearly missed.” The trader joined JPMorgan in 2001 after starting his financial career in energy derivative sales at Goldman Sachs Group Inc. in 1999. Candillier, who rose in the ranks at JPMorgan’s cash equity sales unit in Europe, was educated at France’s ESSEC Business School, according to his LinkedIn profile.

He “was a wonderful leader, colleague, mentor, and friend,” Patrick Burrowes, head of cash equities for Europe, Middle East and Africa, and other senior colleagues at the New York-based bank said in a memo to employees yesterday. Candillier passed away on Jan. 14, according to the memo.

His previous roles at JPMorgan, the largest U.S. bank by assets, included running the French sales team for cash equities. He was promoted to executive director in 2005 at JPMorgan and was most recently a managing director at the bank.

“Our thoughts are with his family during this most difficult time,” Burrowes and his colleagues said in the memo.

JPMorgan was the third-largest broker by reported equity trades in German exchanges last year, and fourth in London and Paris, according to data compiled by Bloomberg.