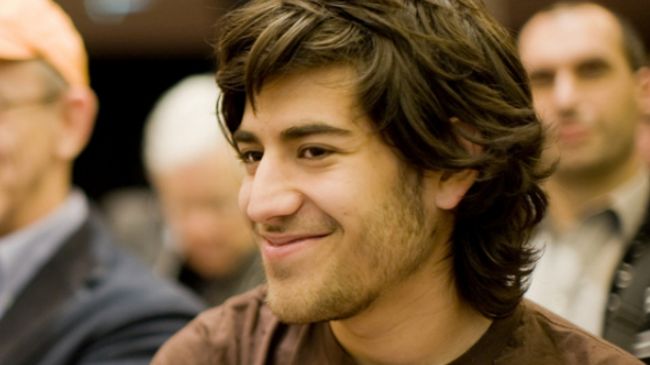 Brooklyn’s chief medical examiner ruled the death a suicide by hanging, but no further detail is available about the mysterious death.

Last year, Swartz openly criticized the US and the Israeli regime for launching joint cyber attacks against Iran.

Obama has been reportedly approving the names put on the “kill lists” used in the targeted killing operations carried out by US assassination drones.

Every week or so, more than 100 members of the US national security team gather via secure video teleconference run by the Pentagon and go over the biographies of suspects in Yemen, Somalia, and Pakistan, and “nominate” those who should be targeted in the attacks.

Obama is then provided with the identities of those put on the “kill list” and signs off on every strike in Yemen and Somalia as well as the risky strikes in Pakistan.

Swartz was also widely credited for co-authoring the specifications for the Web feed format RSS 1.0 (Rich Site Summary) which he worked on at age 14.

RSS is designed to deliver content from sites that change constantly, such as news pages, to users.

Swartz was critical of monopoly of information by corporate cartels and believed that information should be shared and available for the benefit of society.

“Information is power. But like all power, there are those who want to keep it for themselves,” he wrote in an online “manifesto” in 2008.

Based on that belief, the computer prodigy founded the nonprofit group DemandProgress.

The group launched a successful campaign to block a 2011 bill that the US House of Representatives called the Stop Online Piracy Act.

Had it been approved, the bill would have allowed court orders to restrain access to some websites considered to be involved in illegal sharing of intellectual property.

DemandProgress argued that the thwarted Stop Online Piracy Act would have broadly authorized the US government to censor and restrict legitimate Web communication.