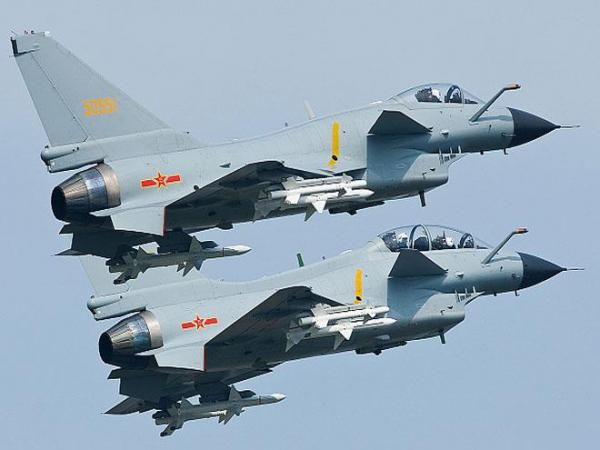 The one thing that most seem to forget in the epic 30 year old story (which has a very sad ending) that is the Japanese floundering economy, is that while the new Abe government may and will likely try everything to crush the Yen (which is already nearing the 90 USDJPY target, however briefly, before it resumes its grind lower once it dawns on investors what it will mean for the Japanese Treasury when bond yields soar), the main reason it has posted three massive monthly trade deficits in a row has nothing to do with its currency, and everything to do with what is now a permanent boycott of Japanese exports by China.

The paradox is that Abe, a well-known nationalist, may well crush the Yen but he will only aggravate Chinese tensions (thus hurting Japanese exports, GDP, and the current account even more) which recently approached boiling point on several occasions over the past few months, most notably in the spat over who owns the Senkaku/Diaoyu islands, and soon over other symbols of nationalist pride. And with the escalations coming faster and more frequent with each passing day, there is little room for optimism that despite all Japan is doing that its economy stands any hope of recovery in 2013 (or later).

In fact, the latest escalation in the seemingly neverending saga over a strategically located rock in the East China Sea, came hours ago, when Xinhua reported that Beijing has scrambled two J-10 jets to counter “Japanese military aircraft disrupting the routine patrols of Chinese administrative aircraft.”

At a press conference, an official with the ministry confirmed that China sent two J-10 fighters to the East China Sea after a Y-8 aircraft was closely followed by two Japanese F-15 fighters as it patrolled the southwest airspace of the East China Sea oil platform on Thursday.

The two J-10 fighters were sent to monitor the Japanese fighter jets tailing the Y-8 as well as another Japanese reconnaissance plane spotted in the same airspace, the official said.

The Chinese military will be on high alert and China will resolutely protect the security of its air defense force and uphold its legitimate rights, the official said.

Suddenly very real concerns over a flare up in military escalations aside, it doesn’t look like anyone is ready to back down in what is becoming an ever more heated and rancorous expression of nationalist pride, and it certainly does not appear likely that China will lift its “blockade” on Japanese imports any time soon.

As to how China continues to see what is going on in Japan, we go to another Op-Ed from China Daily printed earlier today, titled “Unwise foreign policy turns Japan into own enemy” and this time even the Chinese propaganda is 100% accurate:

The Japanese economy, under the burden of years of deflation and an aging population, has been the “Patient of Asia” for the last two decades.

The Japanese people can cite many reasons for their economic malaise, from bad government policies that led to the forming and bursting of a giant economic bubble in late 1980s and early 1990s to cumbersome mega companies that have been losing money and shedding jobs due to increasing global competition.

More recently, the Japanese economy has suffered another blow due to a bitter row with China, a crucial trade and investment partner, ignited by Tokyo’s repeated provocations over the Diaoyu Islands, an integral part of Chinese territory.

Yet new Japanese Prime Minister Shinzo Abe turned the facts upside down when he claimed Friday that China has deliberately targeted Japanese companies as part of a strategy to confront Japan over the territorial dispute.

It is true that economic ties between China and Japan have chilled considerably since former Prime Minister Yoshihiko Noda’s cabinet decided to “buy” part of the Diaoyu Islands in September despite strong Chinese opposition.

The outcome is nothing but natural, as good economic relations are always based on sound political ties. It is naive to believe that Japan can maintain strong trade and investment ties with China while repeatedly provoking China on critical issues.

In addition, the pinch felt by Japanese companies results largely from an across-the-board boycott of Japanese goods spontaneously staged by Chinese consumers who felt betrayed by the bellicose Japanese government. The Chinese government has nothing to do with this.

Japanese politicians, including Abe, have only themselves to blame, because their brinkmanship is the root cause of the deterioration of China-Japan economic ties.

They have also been stoking fears about the so-called “China threat” in the broader Asia-Pacific region and trying to build a coalition of countries against China.

For many in China, Abe’s latest remarks are just part of an attempt by the Japanese government to depict China as the villain and gain an upper hand in the territorial dispute.

But Tokyo is doomed to lose the gamble, as more and more countries have come to realize that China acts responsibly in the international arena and its development is a real blessing for the whole world.

Meanwhile, Japan has raised concerns in capitals worldwide that its increasingly hawkish policy toward China will further escalate the situation and pose a serious risk to regional peace and stability.

For Japan, its fragile economy is in urgent need of the opportunities a sound China-Japan relationship brings, but Japan’s unwise foreign policy has made these opportunities harder to come by.

Thus it is of pressing importance that Abe immediately arrest his country’s self-destructive tendency and put its foreign relations and economic recovery back on track so as not to waste his second chance at the top.

Bottom line: don’t bet so fast on anything remotely resembling inflation or GDP growth in Japan yet. In fact, it may be time to take advantatge of the recent euphoria and to double down on red.