Regular readers are familiar with our monthly series showing the inexorable surge in Chinese gold imports. It is time for the November update, and it’s a doozy: at 90.8 tons, this was the second highest gross import number of 2012, double the 47 tons imported in October (which many saw, incorrectly, as an indication of China’s waning interest in the yellow metal), and brings the Year to Date total to a massive 720 tons of gold through November. If last year is any indication, the December total will be roughly the same amount, and will bring the total 2012 import amount to over 800 tons, double the 392.6 tons imported in 2011. 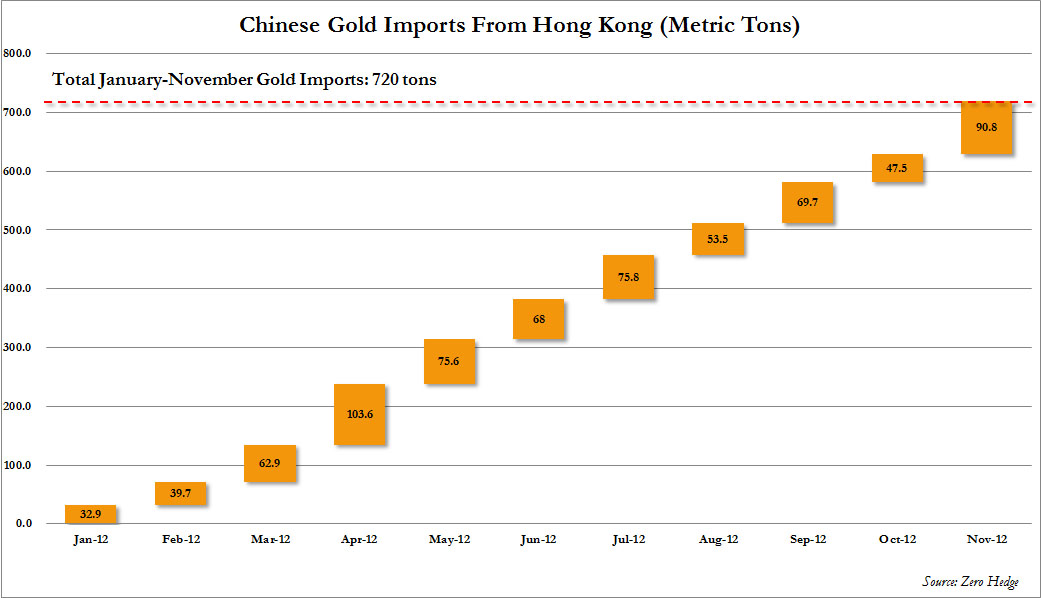 Indicatively, should the full year total import number indeed print in the 800 tons range, it will mean that in one year China, whose official reserve holdings are still a negligible 1054 (and realistically at least double, if not triple, this number), will have imported more gold than the official holdings of Japan, last pegged at 765.2 tons (and well more than the ECB’s 502.1 tons). 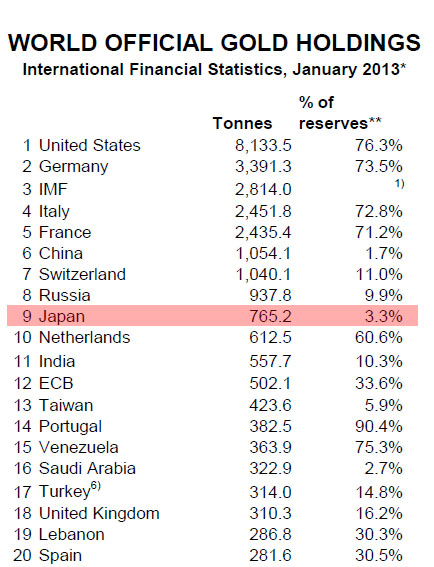 Finally, putting the November import number in context, so far in 2012 China has bought some $39 billion worth of gold. How many US Treasurys has China bought in the same time period? Under $10 billion.

Finally, let’s not forget that recently China surpassed South Africa as the world’s biggest producer of gold with annual output in the hundreds of tons. Add the net imports number to this total (which amounted to some 281 tons in 2012 according to Bloomberg) and one can get a sense of how big China’s appetite for hard assets, instead of trillion dollar coin-backed “promises of repayment”, has become.