Just in case the stakes in the final episode of the 2012 season of the “Fiscal Cliff” soap opera, and a 30 second advertising block was not selling for a record amount, here comes the Pentagon with a warning that it may fire almost 1 million civillians their services will be required but unpaid if there is no Cliff deal. From the WSJ: “Mandatory federal spending cuts designed to be prohibitively drastic will become a reality on Wednesday if negotiators remain unable to reach an agreement to avert the reductions. Illustrating the gravity of the cuts, the Pentagon plans to notify 800,000 civilian employees that they could be forced to take several weeks of unpaid leave in 2013 if a deal isn’t struck, and other agencies are likely to follow suit. The cuts, which members of both parties have referred to as a “meat ax,” are the product of a hastily designed 2011 law that required $110 billion in annual spending reductions over nine years to reduce the deficit. Their severity, representing close to 10% of annually appropriated spending, was intended to force Democrats and Republicans to come together on a broader package of deficit-reduction measures, which would replace the cuts. That effort failed, raising the prospect of the cuts’ taking place.”

It gets worse now that it turns out absolutely nobody is prepared for precisely the contingency America is now facing:

“The biggest challenge is just the uncertainty,” said Steven Glass, chief financial officer at the Cleveland Clinic, a medical center and health-care system that expects to see a $22 million cutback in its Medicare payments in 2013 if the government doesn’t reverse the cuts. “It’s really hard to plan when you’re literally looking a few days out and you don’t know what Washington is going to do.”

Oh well, luckily according to the latest bout of optimism spewing forth from Politico, things are fine and a deal, at least in the Senate, is imminent.

Senate Minority Leader Mitch McConnell (R-Ky.) and Vice President Joe Biden engaged in furious overnight negotiations to avert the fiscal cliff and made major progress toward a year-end tax deal, giving sudden hope to high-stakes talks that had been on the brink of collapse, according to sources familiar with the discussion.

McConnell and Biden, who served in the Senate together for 23 years, only started talking Sunday, after negotiations between Senate Majority Leader Harry Reid (D-Nev.) and McConnell sputtered.

Sources close to the talks said a deal is now more likely to come together but cautioned that obstacles remain, including how Speaker John Boehner and House Republican leaders react to any tentative agreement.

“The Leader and the VP continued their discussion late into the evening and will continue to work toward a solution. More info as it becomes available,” a McConnell spokesman said.

Then again, this wouldn’t be the first time Politico has gotten absolutely everything wrong about the near and far-term outcome of the cliff. So sit back, grab the popcorn, and watch as algos proceed to respond with furious stupidity to every single unsourced, unvalidated, and untrue rumor and various other flashing red headlines.

As for those millions of people who, like the guy in the basement in Office Space, and like the New Normal Schrodinger cat, are employed and unemployed at the same time but certainly unpaid, better luck next time. 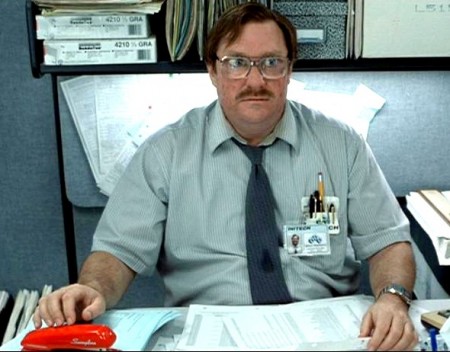