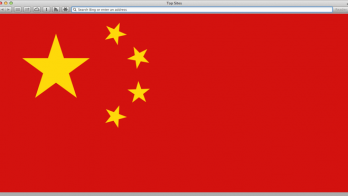 China has long been a home to internet censorship, but it has been relatively lax until recently. Internet users have been able to easily and cheaply thwart the restrictions for years, but a number of concerning events show a trend toward more substantial censorship in the People’s Republic of China (PRC). Scary new legislation that was recently approved will effectively turn China’s ISPs into the internet police. Now, ISPs will be forced to delete content deemed illegal and file a report with the government.

This troubling legislation requires individuals to register with ISPs using their real name and contact information — even a copy of their passports or IDs. While the Chinese government bills this as safeguarding “national security and public interests,” the power this grants the PRC leadership is worrisome. Not only will ISPs need to silence illegal content such as political dissent, but this also ties real-world information to that content. If internet users in mainland China start posting about Tiananmen Square or the freedom of Tibet, the Chinese government will be able to find them and punish them more easily while quickly silencing their message with compliant ISPs.

Even worse, the communist government is making it even harder to get around the Great Firewall of China by blocking VPN access. In a disturbing article in the Guardian, the PRC’s anti-VPN technology is highlighted. Using monitoring techniques such as deep packet inspection, ISPs like China Unicom are able to detect when a VPN is being used. Once detected, those connections are then terminated. As far back as May of 2011, we saw a disruption in VPN usage. Now, four common VPN protocols are being blocked. Sadly, this means escaping the Great Firewall is getting harder.

This isn’t just a trend in China, though. Internet denizens still have to fight off control and censorship around the world. Earlier this month, we saw an attempt by certain UN members to wrestle away control of the internet from private leadership. In the United States, ridiculous legislation like SOPA and PIPA came far too close for comfort. The freedom the internet provides is scary to the ruling class around the world, and the only way to prevent censorship like China’s from making its way to other countries is to fight tooth and nail every time legislation of this type in introduced. Even now, bills like CISPA are still on the table in the US. If we want to see where this leads, just take a look at the PRC. Internet censorship is a real threat, and it won’t be going away any time soon.