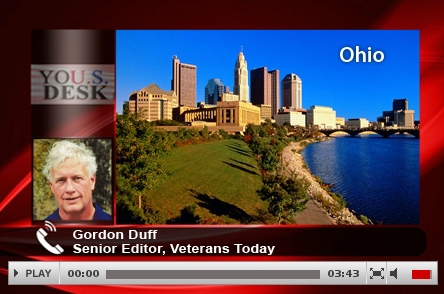 American military veterans who have returned from the wars in Iraq and Afghanistan are homeless in “almost unimaginable numbers,” says Gordon Duff, senior editor at Veterans Today.

American veterans are returning to the United States “where our economy is in total shambles, where we have massive unemployment in the non-veteran work force,” he in a phone interview on Saturday.

“Despite our lowered unemployment figures, a large percentage of those are people that are no longer even bothering to look for work because there is no work in the U.S.,” he added.

The number of Iraq and Afghanistan veterans who are homeless or at risk of losing a roof over their heads has more than doubled in the past two years, according to government data.

Through the end of September, 26,531 of the veterans were living on the streets, at risk of losing their homes, staying in temporary housing or receiving federal vouchers to pay rent, the Department of Veterans Affairs (VA) reports. That’s up from 10,500 in 2010. The VA says the numbers could be higher because they include only the homeless the department is aware of.