Company channelled bulk of profits through Ireland and on to Cayman Islands, allowing to it pay just £238,000 to UK taxman 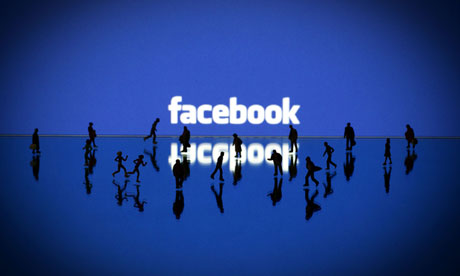 Facebook has become the latest multinational to come under the spotlight for its tax affairs after figures revealed it paid just £2.9m in tax on profits of more than more than £800m.

Filings for Facebook Ireland, through which all of the social network’s profits outside the US are channelled, show it paid the Irish tax authority €3.2m (£2.9m) last year.

This allowed Facebook Ireland to make gross 2011 profits of £840m – or £3.1m per each of its 287 staff. Despite the high gross profit, Facebook Ireland was able to cut its tax bill to just €3.2m by using an accounting technique called the “Double Irish”.

The manoeuvre allows multinationals to move large amounts of money to other subsidiaries in the form of royalty payments. Facebook moved nearly £750m to the Cayman Islands and its Californian parent in licensing and royalty payments.

After the transfers, Facebook Ireland reported a £15m annual loss, despite it accounting for 44% of the social network’s $3.15bn (£1.95bn) revenues.

Like Apple and Google, Facebook uses its Irish subsidiary to reduce its liabilities to HM Revenue & Customs and other European tax regimes. Amazon and Starbucks also cut their British tax bills by using the same technique via other European countries. Last year Facebook paid just £238,000 in UK corporation tax – less than the average pay and bonus of its UK-based staff. Its estimated UK revenues amounted to £175m last year.

The revelations are likely to reignite anger at giant US companies paying very little tax in the UK despite making hundreds of millions of pounds in the country.

Starbucks had been facing calls for a mass boycott after it emerged it paid no corporation tax in Britain for the last three years, and just £8.6m since 1998. It has promised to pay about £10m to the exchequer a year for the next two years.

A Facebook spokeswoman said: “Facebook complies with all relevant corporate regulations including those related to filing company reports and taxation.”

The company added that it chose to base its international headquarters in Ireland as it was the “best location to hire staff with the right skills to run a multilingual hi-tech operation serving the whole of Europe”.

George Osborne, the chancellor, promised to tackle “unacceptable” tax avoidance in his autumn statement this month. He said more resources were being put into ensuring multinational companies “pay their proper share of taxes”.

He also confirmed a £154m blitz on tax avoidance and evasion, with HMRC hiring an extra 2,500 tax inspectors to target high earners who aggressively exploit loopholes to avoid or evade tax.

Margaret Hodge, the chair of the public accounts committee, said multinationals had been allowed to get away with “ripping off” taxpayers because of a weak tax authority, poor legislation and a lack of international co-operation.

“Global corporations with huge operations in the UK generating significant amounts of income are getting away with paying little or no corporation tax here. This is an insult to British business and individuals who pay their fair share.

“Corporation tax revenues have fallen at a time when securing proper income from taxes is more vital than ever.

“The inescapable conclusion is that multinationals are using structures and exploiting current tax legislation to move offshore profits that are clearly generated from economic activity in the UK,” she said.