America may have the Octogenarian (Oracle) of Omaha but China has the Octagon of Oligarchy: an octet of the families that run the world’s (still) fastest growing, marginal economy, which by extension likely makes them the eight most powerful families in the world. So powerful, that Bloomberg has just released a series not only mapping out the various linkages and profiling said families but has appropriately dubbed them the “Eight Immortals.”  In doing so it has revealed “the origins of princelings, an elite class that has been able to amass wealth and influence, and exploit opportunities unavailable to most Chinese. Bloomberg tracked 103 people – descendants including children, grandchildren and great grandchildren, and their respective spouses. The Immortals, now all dead, are revered in communist lore as revolutionary fighters who led China’s economic opening after Mao Zedong’s death.

The identities and business dealings of these families are often cloaked in secrecy because of state censorship and complex corporate webs. To document them, Bloomberg scoured thousands of pages of corporate filings, property records, official websites and archives, and conducted dozens of interviews from China to the United States, where many were educated and have at times made their homes. To read the related stories click here and here.

For those who can not be bothered to read the fascinating in depth series which will likely see Bloomberg blocked in China once again for the next several days, here is the full infographic breakdown: 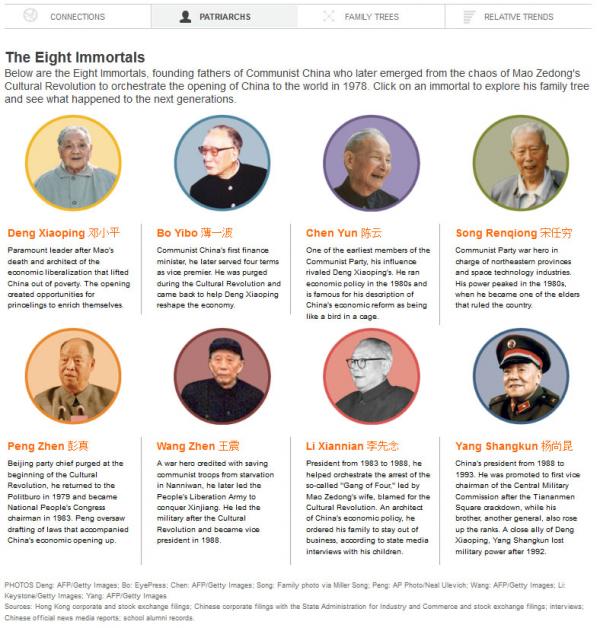 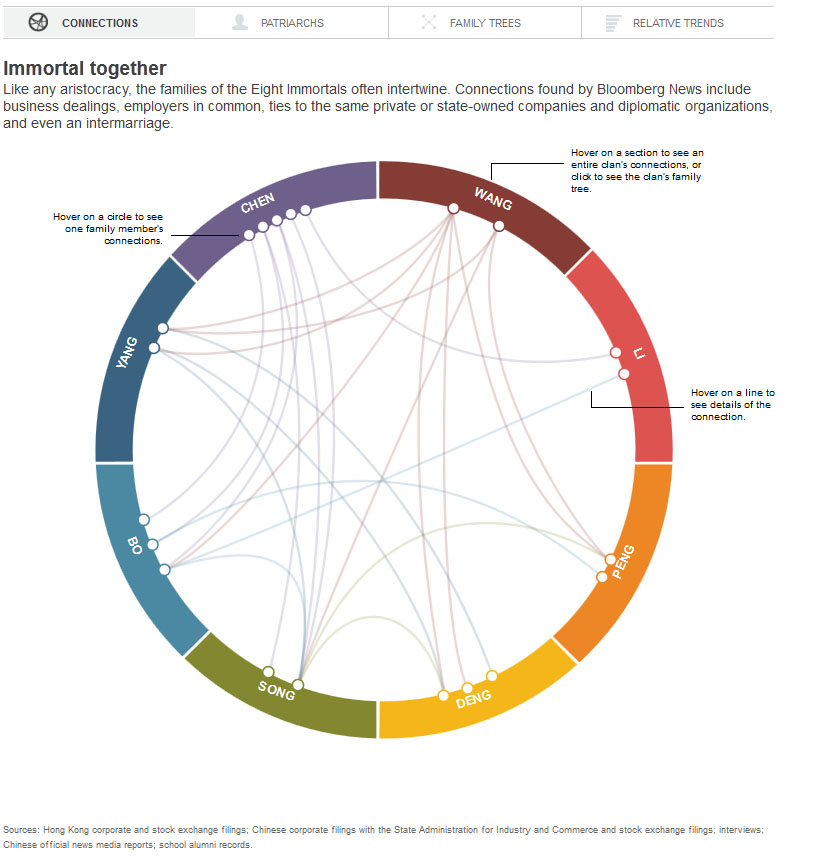