Remember that fake image of a Dubai shopping mall flooded by a broken shark tank? Well, it has happened for real inside a shopping center in Shanghai, China, where 33 tons of water and three sharks invaded the mall after the glass shattered into multiple deadly shards. There are 15 people injured.According to local media, three lemon sharks surfed the water explosion into the shopping mall when the 5.9-inch (15 centimeters) acrylic glass bursted, as you can see in this video captured by CCTV cameras. Most of the people watching the tank were injured with “deep cuts and bruises,” according to a police spokesman:

There were lots of injuries caused by flying glass, some of them serious because the glass was so thick. We are investigating what caused this.

The event happened on December 19 at the Shanghai Orient Shopping Center, in China, where the aquarium was installed two years ago. It become a popular local attraction at the time. The shopping center has announced that they are planning to rebuild it.

There are no news on the sharks. (^^^) [Pudong TV (In chinese), Russia Today, Izismile—Thanks Mox Factor]

Update: Looking at the pictures, it seems that the sharks died. Bonus: here’s an image of the shark tank intact. 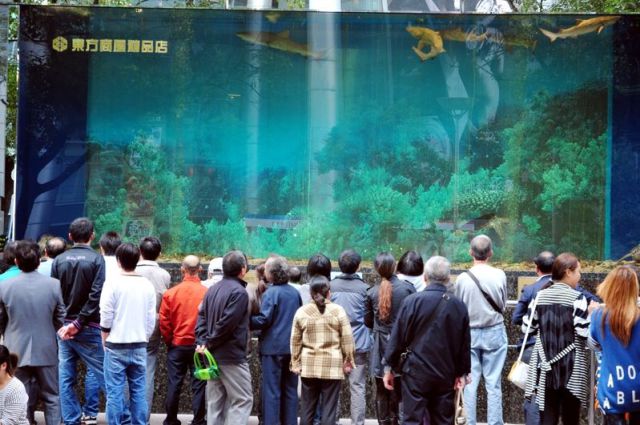 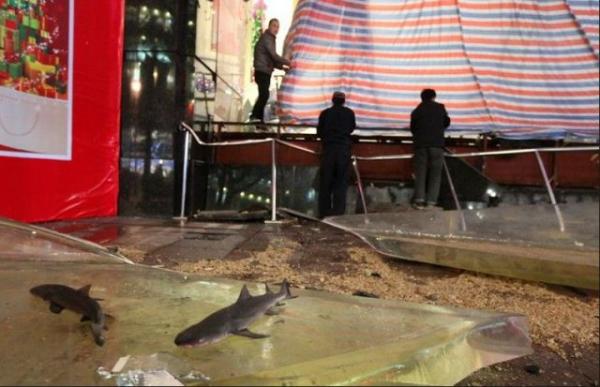 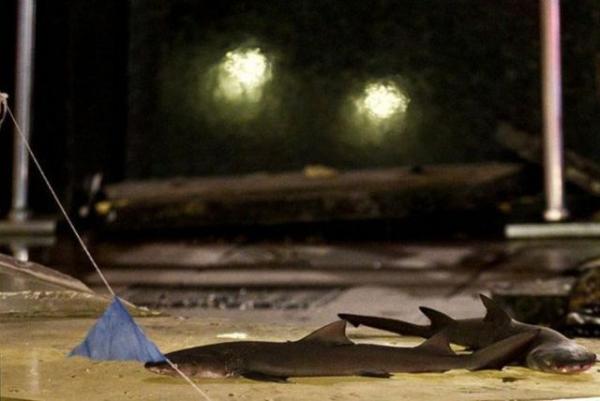