“Greece is not Japan” – at least that is the forecast reality when comparing official IMF projections for the two depression-torn countries. Yet one needs to see the projected GDP/debt chart side by side to truly appreciate the humor and lunacy of Greek economic expectations. We give Greece 3-4 years before its ongoing socio-economic collapse, and its relentless plunge in GDP, brings it on par with Japan’s basket case economy. End result: both countries will proudly sport debt/GDP in the 250% ballpark by the middle of the decade. But for now, let’s pretend that Greece is not Japan. 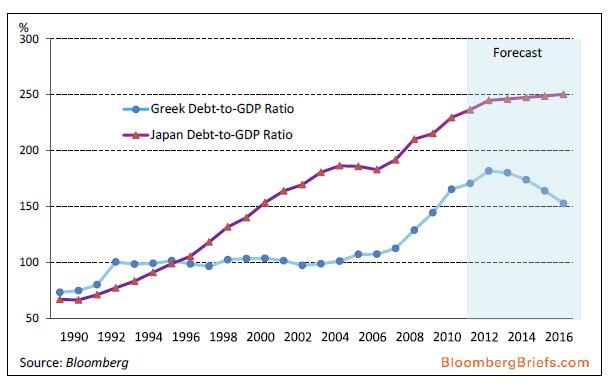