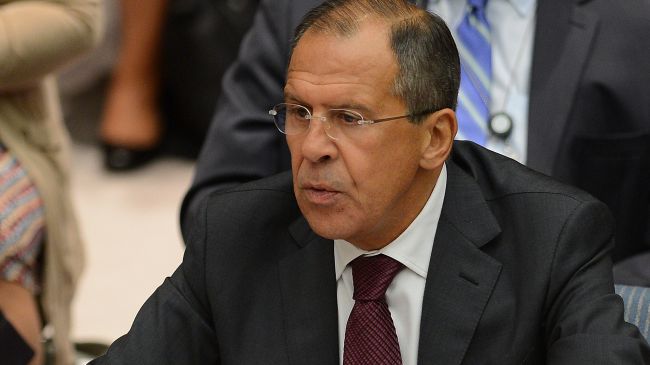 Russian Foreign Minister Sergei Lavrov says he is “surprised” that the US will recognize the so-called National Coalition of Syrian Revolutionary and Opposition Forces as the legitimate representative of the Syrian people.

“I was somewhat surprised to find out” about the recognition announcement, Lavrov was quoted by Russian news agencies as saying on Wednesday.

US President Barack Obama said on Tuesday, “At this point we have a well-organized-enough coalition – opposition coalition that is representative – that we can recognize them as the legitimate representative of Syrian people.”

The Russian foreign minister said that the United States had “decided to place all its bets on an armed victory of the National Coalition.”

Lavrov also stated that the US announcement contradicts an agreement made in Geneva on June 30 that called for a resolution to the unrest in Syria “on the basis of mutual consent” among all sides in the country.

Syria has been the scene of unrest since March 2011. Many people, including large numbers of security and Army personnel, have been killed in the violence.

The Syrian government says certain Western states, especially the United States, and their regional allies are fueling the unrest.