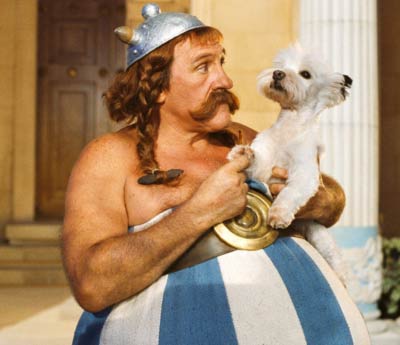 Three months ago many were angry and surprised (or not at all, as realistically this was a perfectly logical move), when Bernard Arnault, head of LVMH and the richest man in socialist France, decided he had had enough, and would move to Belgium to avoid Hollande’s punitive taxes on France’s wealthiest. The indignant media’s mocking response in France was fast and furious, with many delighted to see the billionaire leave. We wonder how the media will respond as more and more wealthy Frenchmen decide, now that the seal has been broken, to do just that and leave France to its grassroots movement where it is only “fair” that those who have more income and/or wealth, pay more than everyone else to keep the myth of the ponzi scheme formerly known as the welfare state alive and well. Such as one of France’s most popular actors, Gerard Depardieu, who is the latest high profile departure to leave his native country and go to Belgium to avoid the second coming of the “fairness doctrine” (the first one of course, doing less than spectacularly with that whole USSR thing).

Gerard Depardieu is to leave his French homeland for Belgium in order to pay less tax.

The actor is the latest high profile figure to leave France after a series of wealth tax hikes by President Francois Hollande.

According to the local mayor Daniel Senesael, Depardieu has bought a house in the Belgian village of Nechin near the French border. He has also apparently enquired about procedures for acquiring Belgian residency.

Senesael said Depardieu would join some 2,800 French living in the same area a few minutes’ drive from the border, including the Mulliez family, owners of French hypermarket chain Auchan and Decathlon sports stores, who have lived there for years.

Belgian residents do not pay capital gains tax on the sale of shares or wealth tax.

In France, however, individuals with assets over €1.3 million have to pay a hefty wealth tax.

“I think he wanted to enjoy the atmosphere in Belgium, our identity, the rural, bucolic setting,” Senesael told RTL radio.

Of course, from once beloved, to now most hated, we eagerly await the smear campaign which will focus not on his prolific work record, but on his most recent urinary escapades:

For Depardieu, best known for his roles as Obelix in the French “Asterix” films and as Cyrano de Bergerac in the 1990 film of the same name, the move will do nothing to improve his image, already tarnished by a series of embarrassing incidents.

He also controversially appears on new single by Googoosha, AKA Gulnara Karimova, the eldest daughter of Uzbekistan’s brutal dictator Islam Karimov. Earlier this year there were reports Depardieu will also star in a film by Karimova, who is one of the world’s richest women.

And last year, he was thrown off a Paris to Dublin CityJet flight for urinating on the floor after exclaiming “I need to piss, I need to piss”.

Cabin crew had apparently refused to allow him to go the lavatory while the plane was still on the runway awaiting take-off.

Depardieu later blamed the incident of “prostate problems”, and claimed he simply urinated into a bottle that overflowed.

And while it is by now clear that slowly but surely France’s millionaires will test the null hypothesis of the trickle down theory: because while it may not work in theory, it will certainly not work when there is no wealth left to tax, and trickle down, the question now is who will be the first American to hand over his passport to Uncle Sam after next year’s tax hike, and move on to greener pastures. Needless to say, if the US Tax Code realizes the bulk of wealth in this country is not in gross income but held in financial assets, and applies the appropriate tax on all financial assets as we have been expecting would happen since September 2011, and the first such defector is none other than Warren Buffett, the entertainment value of such a development would be so tremendous, that none other than Depardieu will have to play Buffett in the straight-to-cable biopic of the Octogenarian from Omaha.