– US, French Troops Prepare For Syria Invasion In Response To ‘Chemical Weapons’ Threat 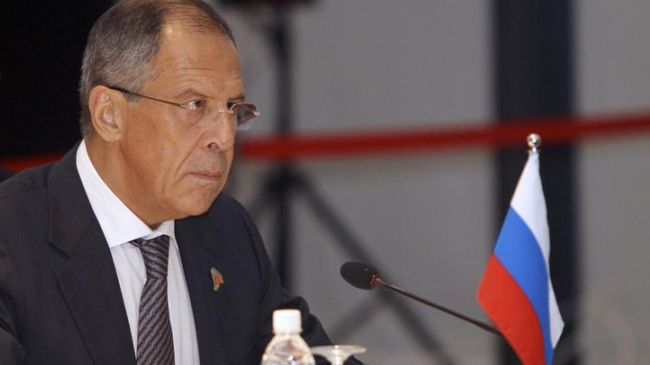 Russian Foreign Minister Sergei Lavrov has expressed Moscow’s strong opposition to repetition of the Libyan scenario in the conflict-stricken Syria, stressing that the Kremlin will not allow such a thing happen again.

“We’ll not allow the Libyan experience to be reproduced in Syria. Unfortunately our Western partners have departed from the Geneva accords and are seeking the departure of [Syrian President] Bashar al-Assad,” RIA Novosti news agency quoted Lavrov as saying on Sunday.

He went on to note that Russia had not been involved in any talks on Assad’s future, dismissing speculation that Moscow was preparing for the Syrian leader’s departure.

“We are not holding any talks on the fate of Assad,” Lavrov said. “All attempts to present the situation differently are rather shady, even for the diplomacy of those countries that are known for striving to distort facts in their own favor.”

He stressed that the priority was to end the unrest in Syria, not to discuss the fate of one man.

The Russian foreign minister added that the Kremlin was not clinging to any individual leader in Syria, saying, “Our position on Syria is well-known. Moscow does not stick to Assad or to some other figure on the Syrian political scene.”

Syria has been experiencing unrest since March 2011. Many people, including large numbers of security forces, have been killed in the turmoil.

The Syrian government says the chaos is being orchestrated from outside the country, and there are reports that a very large number of the militants are foreign nationals.