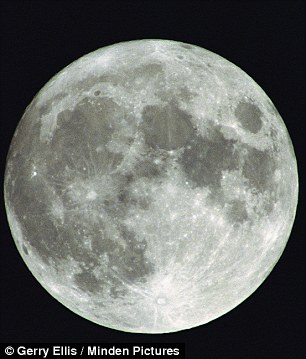 – ﻿﻿Revealed: How the U.S. planned to blow up the MOON with a nuclear bomb to win Cold War bragging rights over Soviet Union (Daily Mail, Nov 25, 2012):

It may sound like a plot straight out of a science fiction novel, but a U.S. mission to blow up the moon with a nuke was very real in the 1950s.

At the height of the space race, the U.S. considered detonating an atom bomb on the moon as a display of America’s Cold War muscle.

The secret project, innocuously titled ‘A Study of Lunar Research Flights’ and nicknamed ‘Project A119,’ was never carried out.

However, its planning included calculations by astronomer Carl Sagan, then a young graduate student, of the behavior of dust and gas generated by the blast.

Viewing the nuclear flash from Earth might have intimidated the Soviet Union and boosted U.S. confidence after the launch of Sputnik, physicist Leonard Reiffel told the AP in a 2000 interview.

Reiffel, now 85, directed the inquiry at the former Armour Research Foundation, now part of the Illinois Institute of Technology. He later served as a deputy director at NASA.

Sagan, who later became renowned for popularizing science on television, died in 1996.

The author of one of Sagan’s biographies suggested that he may have committed a security breach in 1959 after revealing the classified project in an academic fellowship application. Reiffel concurred.

Under the scenario, a missile carrying a small nuclear device was to be launched from an undisclosed location and travel 238,000 miles to the moon, where it would be detonated upon impact.

The planners decided it would have to be an atom bomb because a hydrogen bomb would have been too heavy for the missile.

Reiffel said the nation’s young space program probably could have carried out the mission by 1959, when the Air Force deployed inter-continental ballistic missiles.

Military officials apparently abandoned the idea because of the danger to people on Earth in case the mission failed.

When contacted by the AP, the U.S. Air Force declined to comment on the project.