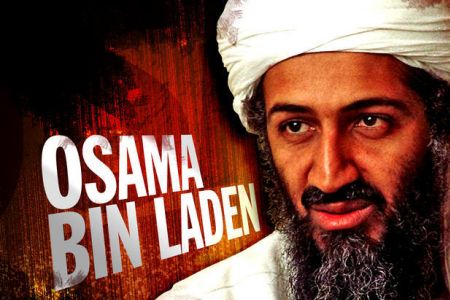 Recipients of the email included Adm. Mike Mullen, then chairman of the Joint Chiefs of Staff, and Gen. James Mattis, top officer at U.S. Central Command.

The Defense Department previously said it did not have any photographs or video to support its claim the SEALs killed the al-Qaeda leader. It also admitted there were no images taken of Bin Laden’s body on the Vinton.

The Pentagon does not have a death certificate, autopsy report or results of DNA identification tests for bin Laden, or any pre-raid materials discussing how the government planned to dispose of bin Laden’s body if he were killed, the Daily Mail reports.

In May, 2011, the Obama administration mulled releasing photographs purportedly showing the body of Bin Laden with “a massive head wound above his left eye where he took bullet (sic), with brains and blood visible.” No such photos were ever produced.

“We are going to do everything we can to make sure that nobody has any basis to try to deny that we got Osama bin Laden,” John Brennan, Obama’s counterterrorism adviser, said following the alleged assassination. Brennan said the government will “share what we can because we want to make sure that not only the American people but the world understand exactly what happened.”

Despite a complete lack of evidence, the government and the corporate media now routinely insist Obama ordered the military to kill Osama bin Laden at a compound in Pakistan.

Former State Department official Steve Pieczenik told Alex Jones last May that the staged assassination was nothing more than “American theater of the absurd” and a photo supposedly showing members of the Obama administration watching a live video feed of the assassination was fabricated.

Pieczenik and others, including members of the FBI and Israeli intelligence, believe Osama died in late 2001, soon after the United States military invaded Afghanistan. On December 26, 2001, a leading Pakistani newspaper published a story reporting that bin Laden had died in mid-December and Taliban officials had attended the funeral. President Musharraf of Pakistan and president Hamid Karzai of Afghanistan also publicly stated in 2002 they believe Osama bin Laden died in 2001. infowars.com