According to its engineers, this will be the tallest skyscraper in the world by the end of March of 2013. Its name is Sky City, and its 2,749 feet (838 meters) distributed in 220 floors will grow in just 90 days in Changsha city, by the Xiangjiang river. Ninety days!

It’s not a joke. According to the construction company, the skyscraper will be built in just 90 days at the unbelievable rate of five floors per day.

It’s hard to believe, but they claim the building has been designed by some of the engineers who previously worked at the Burj Khalifa. It is also the same firm that built a full 30-story hotel in 15 days—which yes, is still standing and in perfect working condition.

Foundation work is beginning at the end of the month, once the Chinese authorities give the final go ahead to the project.

They will be able to achieve this impossibly fast construction rate by using a prefabricated modular technology developed by Broad Sustainable Building, a company that has built 20 tall structures in China so far, including the that 30-story hotel.

Since they built that hotel, the company has been perfecting their technology, which they are now claiming will turn their project into the world’s tallest skyscraper in just three months. That’s a whooping five floors per day, which seems just absurd. According to Construction Week Online, the company is very serious about it. The senior VP of the Broad Group, Juliet Jiang, has publicly said that they “will go on as planned with the completion of five storeys a day.”

Unlike the Burj Khalifa, the tower will be mostly habitable. Its final height will be 2,749 feet high (838 meters). Compared that to the Burj’s 2,719 feet (829 meters), which include the spire at the top resulting in a total of 163 floors.

Sky City will use an astonishing 220,000 tons of steel. The structure will be able to house 31,400 people of both “high and low income communities”. The company says that the residential area will use 83-percent of the building, while the rest will be offices, schools, hospitals, shops and restaurants. People will move up and down using 104 high speed elevators.

They also claim it will be able to sustain earthquakes of a 9.0 magnitude and be resistant to fire for “up to three hours,” as well as be extremely energy efficient thanks to thermal insulation, four-panned windows and different air conditioning techniques that were already used in their previous constructions.

To be honest, it all seems like a tall tale to me—no pun intended. Although the credentials of the company seem to be quite serious, one thing is to build a 30-story hotel in 15 days and the other is to built the largest skyscraper in the world in 90 days. It just boggles the mind. Maybe it was April’s Fool in China yesterday.

Whatever it is, we will discover it in March. If it’s confirmed, the time-lapse videos are going to be epic. [Broad Sustainable Building via Construction Week Online]

Update: These are the company headquarters in China. They call them Broad Town. Yes, that’s a huge pyramid at the bottom. 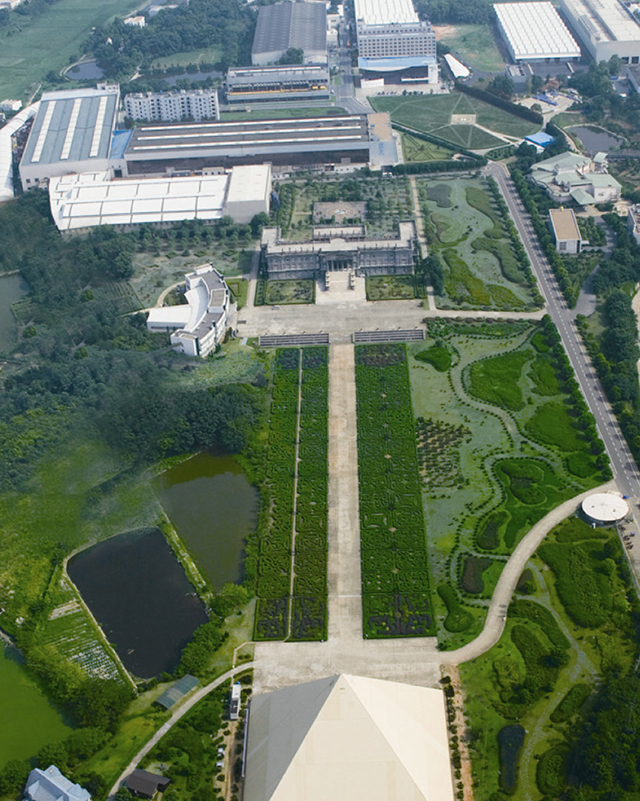