For all our UK readers, who hope some day to collect pension benefits, we have two messages: i) our condolences, and ii) you won’t. Why? The answer comes straight from the ONS:

The new supplementary table published by ONS in Levy (2012)10 includes the following headline figures for Government pension obligations as at end December 2010:

In summary, the estimates in the new supplementary table indicate a total Government pension obligation, at the end of December 2010, of £5.01 trillion, or 342 per cent of GDP, of which around £4.7 trillion relates to unfunded obligations. 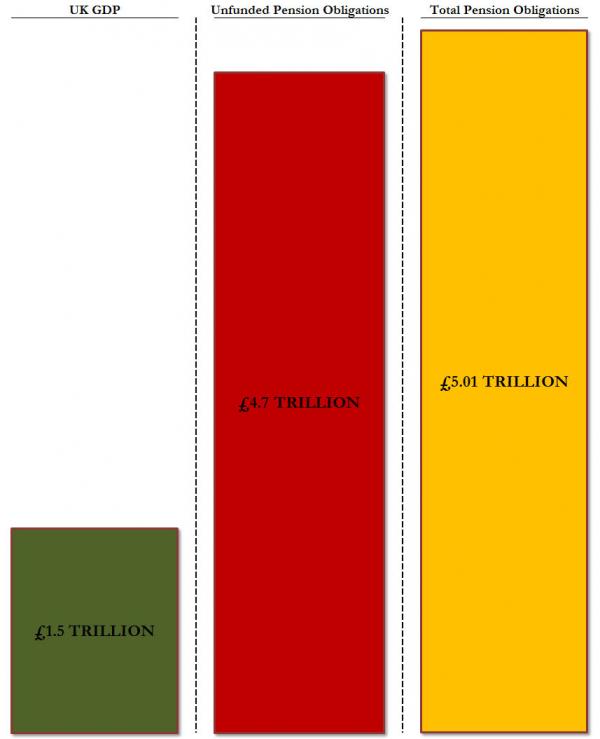 Of course, US-based readers should not get their hopes up too much either. With total underfunded liabilities – including SSN and healthcare, in the US well over $100 trillion (on under $16 trillion of GDP) it is only a matter of time before the entire welfare state ponzi scheme blows up.