– Foodstamps Surge By Most In One Year To New All Time Record, In Delayed Release (ZeroHedge, Nov 10, 2012):

While there had been speculation that the BLS may delay the release of its October nonfarm payroll number until after the election, it turned out there was no reason to worry. Perhaps this is because the number, while at stall speed, was not quite as horrible as some had expected (even if the change in average hourly earnings did tumble to new all time lows) and so boosted Obama’s reelection chances. There was, however, another closely tracked number which perhaps is far more indicative of the economic “growth” in the past 4 years, which certainly had a delayed release. The number of course is that showing how many Americans are on foodstamps, and usually is released at the end of the month, or the first day or two of the next month. This time the USDA delayed its release nine days past the semi-official deadline, far past the election, and until Friday night to report August foodstamp data. One glance at the number reveals why: at 47.1 million, this was not only a new all time record, but the monthly increase of 420,947 from July was the biggest monthly increase in one year. One can see why a reported surge in foodstamps ahead of the elections is something the USDA, and the administration may not have been too keen on disclosing. 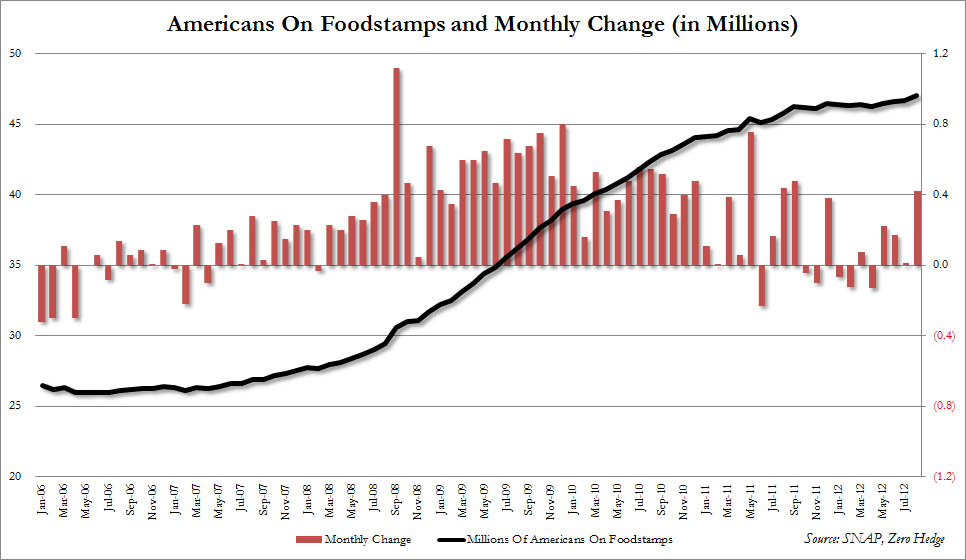 Foodstamps at the household level also rose to a record 22.685 million: 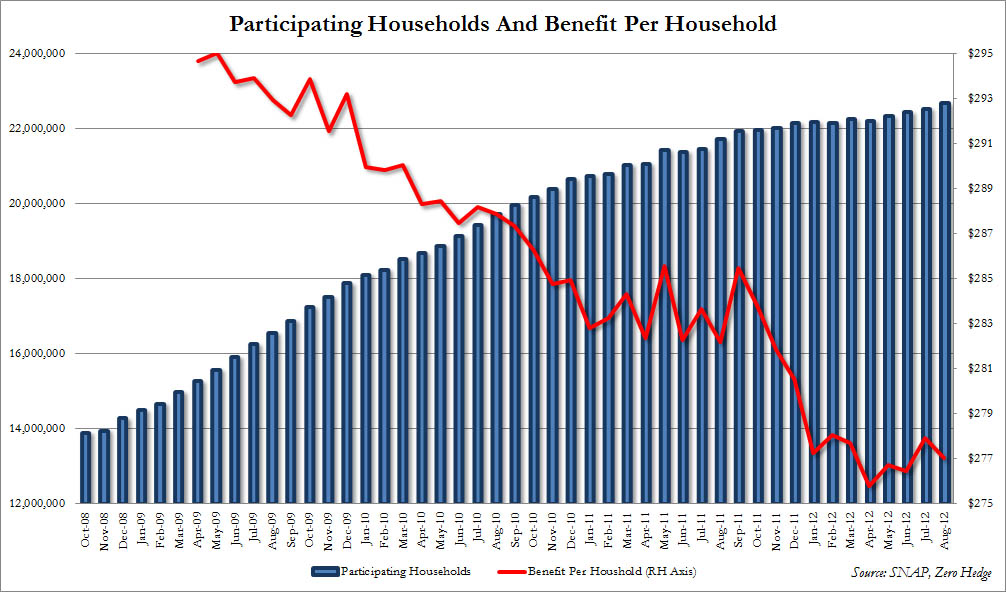 Finally, going back to the start of the official start of the depression in December 2007. In the 57 months from then until August 2012, there have been 4.6 million jobs lost even as Americans on foodstamps and disability have risen by 21.2 million. 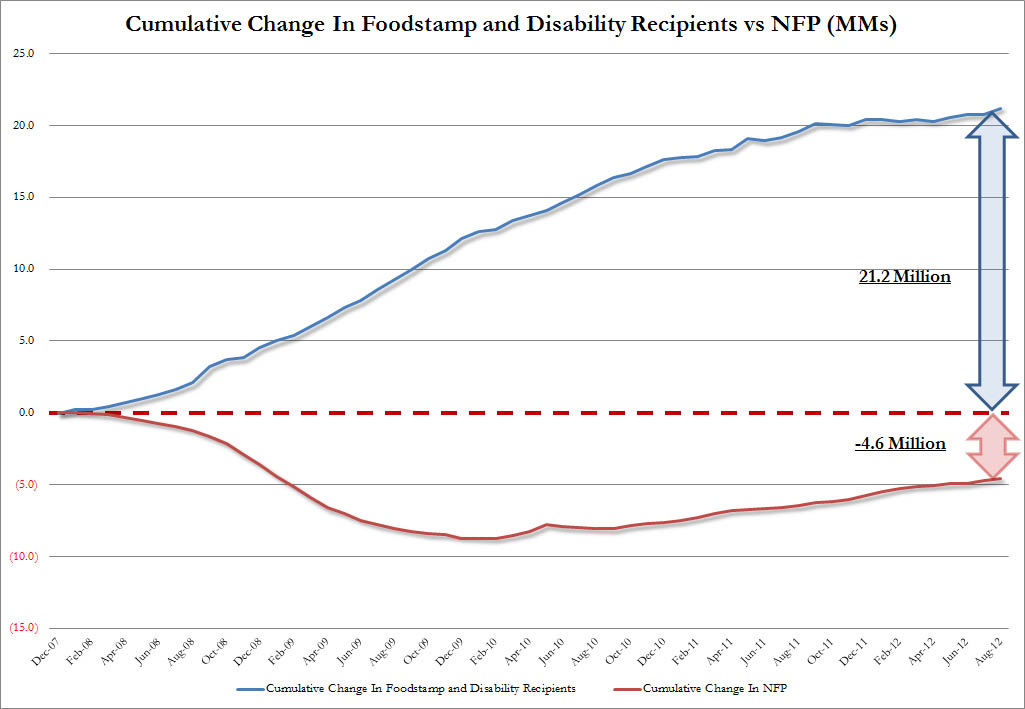 And the same shown on a monthly basis: 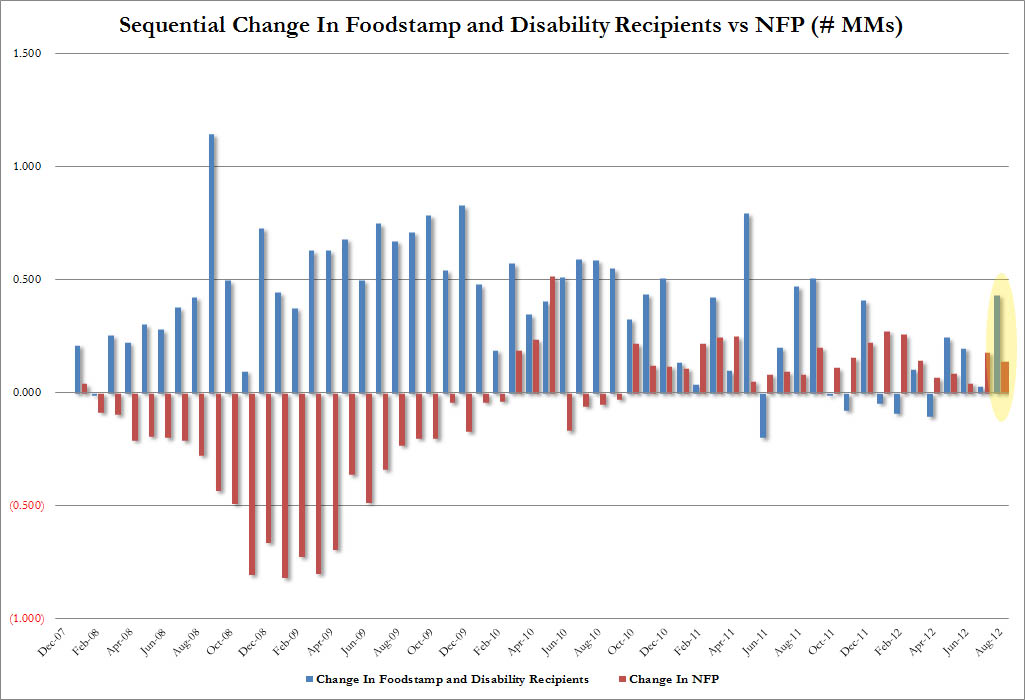