OK, this is from the Duffel Blog!

I actually linked to the source but ‘forgot’ to say that this is supposed to be funny/satire/humor.

My apologies if this stired up your emotions.

The military would not vote for Romney (only for Ron Paul!!!), because Romney would have meant war with Iran and WW III.

Elite puppet teleprompter Obama is also only doing what he is told to do by his elite masters and that certainly leaves WW III on the table.

At a nuclear security summit in South Korea on Monday, President Obama talked to Russian President Dmitry Medvedev about missile defense in eastern Europe. During the conversation that was likely meant to be private, Obama assured Medvedev that he would have “more flexibility” after the November election.

Obama asked Medvedev to relay this message to Vladimir Putin, saying, “On all these issues, but particularly missile defense … this can be solved, but it’s important for him to give me space,” to which Medvedev told the president he understood.

Ed Henry reports that White House officials are saying that the president is just speaking to the political reality of the situation. 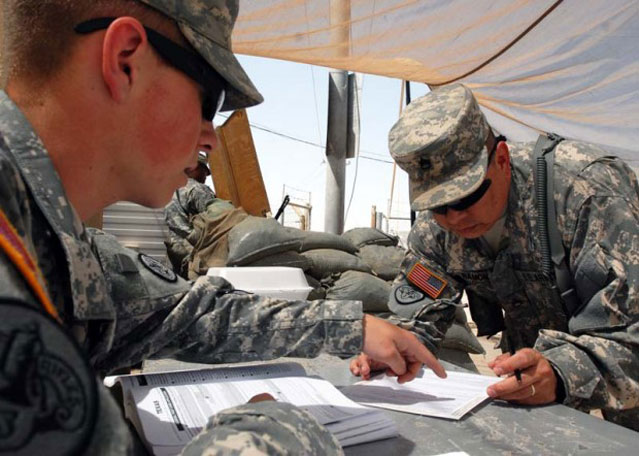 WASHINGTON, DC – Sources confirmed today that hundreds of thousands of military absentee ballots were delivered hours after the deadline for them to be counted, with preliminary counts showing that they would have overturned the vote in several states and brought a victory for Governor Mitt Romney.Officials say the ballots were delivered late due to problems within the military mail system. Tracking invoices show the ballots sat in a warehouse for a month, then they were accidentally labeled as ammunition and shipped to Afghanistan. At Camp Dwyer, Marine Sergeant John Davis signed for them and was surprised at the contents.

“I told Gunny we got a bunch of ballots instead of ammo,” Davis told investigators earlier today.  “He told me to file a report of improper delivery and that the chain of command would take care of it.  We didn’t hear anything for three weeks.  While we were waiting we came under fire so we dumped a bunch of them in the Hescoes.  We didn’t dig those ones back out.”

After military officials realized the initial error, the ballots were then sent back to the U.S. but suffered a series of setbacks.

Twelve boxes of ballots were dropped overboard during delivery to the USS Kearsarge (LHD-3) in the Persian Gulf, then while the ship sailed to Bahrain, postal clerks allegedly pocketed whatever ballots they wanted.

The remaining absentee ballots were loaded onto a C-130, but the flight was delayed until November 1st so the crew could get tax free pay for the month.  Once the ballots arrived stateside they were promptly mailed to each state’s counting facility, reaching their final destination on November 7th.

“It’s a shame,” Rear Admiral John Dawes said when asked for comment.  “I expected a delay so I ordered that everyone cast their votes eight months ago. It’s really unfortunate that our mail system failed us and directly affected the course of history.”

Upon hearing the news, angry Republicans have begun a demand for a recount, but most military absentee voters have shrugged off the news, with many wondering whether the care packages their families sent six months ago were ever going to show up.

2 thoughts on “Military Ballots Delivered One Day Late, Would Have Swung Election For Romney”