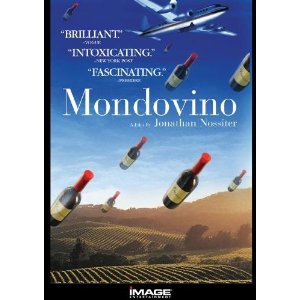 Morgan Stanley’s Gorman worked from the firm’s Times Square headquarters until mid-afternoon on Oct. 29, making him one of the last people to leave the building hours before Sandy made landfall, according to a person who works with him. He returned to the office the next day wearing blue jeans for the first time since he became CEO in 2010, the person said.

Sandy struck New York 13 days after Citigroup Inc. (C) directors ousted CEO Vikram Pandit and replaced him with Michael Corbat. The new boss, 52, spent time before the storm hit at the bank’s 399 Park Ave. “command center,” where he was briefed by senior managers, according to Shannon Bell, a spokeswoman.

The bank’s offices at 111 Wall St. were damaged that night when the storm battered lower Manhattan.

“The building experienced severe flooding and will be out of commission for several weeks,” Corbat wrote in a memo to employees yesterday.

Wilbur Ross, who built a company from distressed U.S. coal assets and sold it last year for $3.4 billion, said on Oct. 29 that he’s staying out of New York for the week.

“I was scheduled to come back Sunday night, and I decided not to, because everything during the week would be canceled anyway,” said Ross, chairman of private-equity firm WL Ross & Co. “I’m stuck in Palm Beach.”

He stayed in touch with colleagues using a fax machine along with phone and e-mail. His Florida home includes a painting by Rene Magritte of petrified blue apples, an image that is also depicted on a custom-made Van Cleef & Arpels watch he owns, he told Bloomberg News this year.

Thomas Russo, 68, American International Group Inc.’s general counsel, said he planned to work from home on Manhattan’s Upper East Side, where he has a view of Central Park, through at least Nov. 1.

“Central Park looks the same as it always does at this time of year, an array of colors giving pleasure to the eye and peace to the mind,” the former chief legal officer for Lehman Brothers Holdings Inc. said after the storm.

“I now know what people feel like when you see them on TV and see their whole worlds just wiped away,” Gambino wrote. “Cars were just all over.”

His apartment’s lobby and basement were flooded.

So now you know. And don’t forget: in an absolute catastrophe, it’s bankers, women and children first.