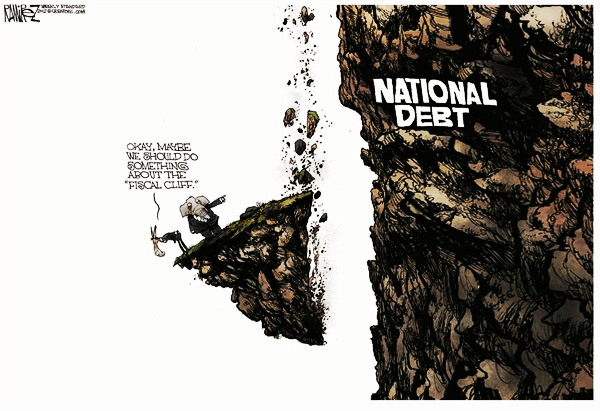 Well, my fellow Slope-a-Dopes, I’ve been hearing a lot about the dreaded “Fiscal Cliff” for quite some time now.  So I decided to take a flying frog freelance free fall leap into the woefully written word abyss, to see if I could sort out for myself, when and how we would experience the coming sensational supersonic splat.

First off, let’s review what the term “Fiscal Cliff” actually means. In order to understand something it’s usually best to know exactly what it is.

This definition from About.com:

“Fiscal cliff” is the popular shorthand term used to describe the conundrum that the U.S. government will face at the end of 2012, when the terms of the Budget Control Act of 2011 are scheduled to go into effect.

Among the laws set to change at midnight on December 31, 2012, are the end of last year’s temporary payroll tax cuts (resulting in a 2% tax increase for workers), the end of certain tax breaks for businesses, shifts in the alternative minimum tax that would take a larger bite, the end of the tax cuts from 2001-2003, and the beginning of taxes related to President Obama’s health care law. At the same time, the spending cuts agreed upon as part of the debt ceiling deal of 2011 will begin to go into effect. According to Barron’s, over 1,000 government programs – including the defense budget and Medicare are in line for “deep, automatic cuts.”

Now that we are facing this self inflicted sequestration law that the U.S. Congress has imposed on itself (Budget Control Act of 2011), the Government has three basic options moving forward:

1) They could simply let the stated law scheduled for the beginning of 2013 go into effect. This draconian, albeit way overdue fiscal budget policy measure, features a number of tax increases and spending cuts that are expected to weigh heavily on economic growth, which would most likely drive the economy back into a recession or even worse. The positive side of taking this bold step, would be that the deficit, as a percentage of GDP, would be cut in half.

2) They could repeal some or all of the scheduled tax increases and spending cuts, and once again raise the debt ceiling. This would of course add to the current $16 trillion mega debt deficit, and demonstrate to the world that the Nation is unwilling or unable to get its unmanageable fiscal budget under control, increasing the odds that the United States could face a crisis similar to that which is occurring in Europe.

3) They could draw up some middle of the road map, with a combination of moderate tax increases and fewer spending cuts, in a measured attempt to address the run away budget deficit over a longer period of time, which would have a more modest impact on current growth.  The critical issue here is, would this approach be viewed as credible, or simply seen as just another bogus boot of the same proverbial can. 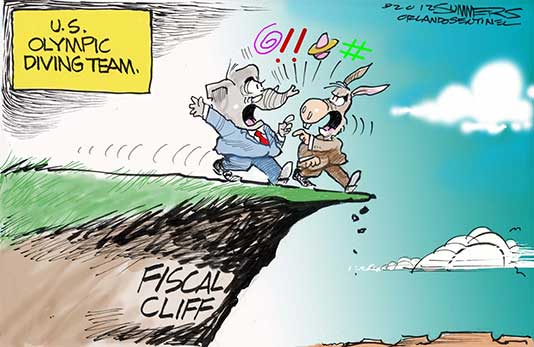 Here is my take on how it will all go down. Obama wins a very close presidential election by a mere 25-35 electoral votes. The Republicans remain in control of the House 240 to 195, and the Senate ends up with a very slim Democratic majority. Basically status quo as far as party control goes, except that the Republicans feel most energized about their unexpected national resurgence, perhaps even winning the popular vote outright.  Leaving BamBam with a much less intimidating mandate club in his puny little hands, then his first swing around. As it turns out, old Flintstone Mitt sure gave him one heck of a run for the money, literally I might add.

After Bambi’s narrow victory, the market gives him a minor reward, and pops back up towards this years highs. However, once the big eared Asses have finished their obligatory week long celebratory partying, and the Elephants are done crying into their trunks. Suddenly seemingly out of nowhere, equities will reverse course, as the investor class starts pressing the politicians to get their act together on the long term fiscal sustainability of the United States of America.

The market wants a very viable veritable verifiable budget deal on the table now, and wants it fast. After all, we can’t become gonzo gringo goners, like a bunch of goofy Greeks with greedy greased palms.  The S&P will start heading below 1400 in a hurry. The pressure will brutally build big time, for a solid state long term deficit real deal resolution, before the 2011 sexy Cinderella sequester drop deadline of midnight December 31st perilously passes.

The rabid resurgent Republicans feeling their oats, will decide to use the market like a hammer on Obumer’s pin head…..bam…..bam….bam. Pressing the bet for fewer tax hikes and more spending halts. The definately determined demolition crew conservatives will man handle the late night jackhammers, taking the grand bargain vote down to the eleventh hour. Sorry for all the ear piercing noise emanating from torn up Pennsylvania Avenue Mr. President, no soulfully singing merry Christmas carols with Sasha, Malia & Michele this sour Santa season.

The market will make multiple lower lows heading into bawling bare baby Jesus week at sub 1330, and approach the New Year lurching back and forth 30-40 SPX points at a clip, as the law makers continue their decidedly dangerous death deifying dueling debutant dance, nearly wiping out the entire year’s stock gains. Finally, just as Cinderella is about to make her big bad ballroom exit, a marginally magnificent deal is magically struck as the clock strikes twelve, whereby the market maker mavens then surge the intensely ignited indices right back over 1370.  Happy New Year you seriously stressed Slopers!

All is well again in America’s forever fiat fairyland………..or is it………….stay tuned for a superstitious supersonic shit storm in 2013………..Evil Plan 93.0 man the terrifying turbo torpedoes. 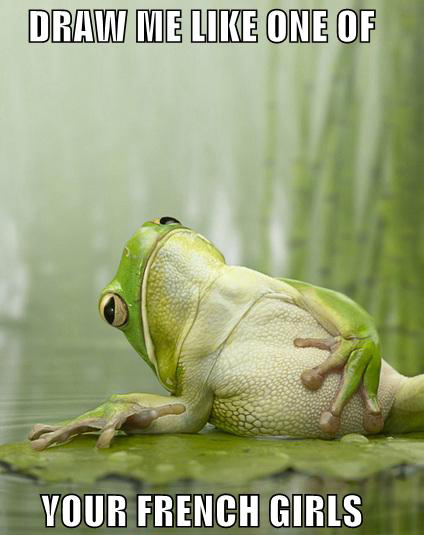