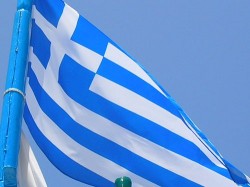 – Greece Is Not Poor – It Actually Has Massive Uptapped Reserves Of Gold, Oil And Natural Gas (Economic Collapse, Oct 15, 2012):

It turns out that the poster child for the European debt crisis is not actually poor at all.  In fact, the truth is that the nation of Greece is sitting on absolutely massive untapped reserves of gold, oil and natural gas.  If the Greeks were to fully exploit the natural resources that are literally right under their feet, they would no longer have any debt problems.  Fortunately, this recent economic crisis has spurred them to action and it is now being projected that Greece will be the number one gold producer in Europe by 2016.  In addition, Greece is now opening up exploration of their massive oil and natural gas deposits.  Reportedly, Greece is sitting on hundreds of millions of barrels of oil and gigantic natural gas deposits that are worth trillions of dollars.  It is truly sad that Greece should be one of the wealthiest nations in all of Europe but instead the country is going through the worst economic depression that it has experienced in modern history.  It is kind of like a homeless man that sleeps on the streets every night without realizing that a relative has left him an inheritance worth millions of dollars.  Greece is not poor at all, and hopefully the people of Greece can learn the truth about all of this wealth and chart a course out of this current mess.I have written extensively about the nightmarish economic conditions that Greece is experiencing right now.  Just check out this article, this article and this article.  Since the depression began in Greece, the Greek economy has contracted by more than 20 percent.  In April 2010, the unemployment rate in Greece was only 11.8 percent.  Since then it has skyrocketed to 25.1 percent.

The government debt to GDP ratio in Greece is projected to hit 198 percent this year, and there are persistent rumors that Greece will be forced to leave the euro.

But all of this is completely and totally unnecessary.  Greece is not actually poor at all.  In fact, after you account for untapped natural resources, Greece is actually one of the wealthiest nations in all of Europe.

According to Bloomberg, there is a massive amount of gold in Greece.  This recent economic crisis has accelerated the approval of mining activity, and it is now being projected that Greece will soon be the number one gold producing country in all of Europe…

Gold mining is gathering momentum after Greece began what it called a “fast-track” approvals program. The Canadian and Australian companies said their projects will add about 425,000 ounces by 2016, worth $757 million at the Oct. 5 spot price, to the 16,000 ounces the country produced in 2011.

“There’s clearly evidence that Greece has woken up to the potential of their mining industry,” said Jeremy Wrathall, chairman of Perth-based Glory Resources. “Politicians increasingly realize that a pro-mining stance is appropriate due to job creation potential.”

Greece, which is also fast-tracking state property sales, is set to overtake Finland as the continent’s largest gold producer within four years, as regulators in Athens sign off on mines kept on hold for more than a decade by red tape and environmental rules.

Greece has received eight bids by companies to search for oil and natural gas in three blocks in the western part of the country, the energy ministry said on Monday, as debt-laden Athens seeks to save money on energy imports.

Greece, which produces almost no oil or natural gas, aims to develop potential hydrocarbon reserves as part of an effort to overhaul its economy and lessen dependence on energy imports.

So exactly how much oil and natural gas does Greece have?

The numbers that are being reported so far are staggering.  The following comes from a Greek news source…

Until now the offers for hydrocarbon exploration have concerned three blocks: The first is in the Gulf of Patra, the second off the coast of Katakolo — both in Western Greece — and the third at Ioannina, northwestern Greece.

Early estimates suggest that the Gulf of Patra may have 200 million barrels of crude oil, and that there are another 80 million at Ioannina and nearly 3 million off the coast of Katokolo.

Furthermore, according to the United States Geological Survey, in the sea between Crete, Cyprus, Israel and Egypt, there are about 15 trillion cubic meters of natural gas and oil just waiting to be extracted.

The truth is that Greece has enough oil and natural gas to be able to pay off all of their debts.  The value of the natural gas that they are sitting on alone has been estimated to be worth trillions of dollars.  The following is from an article earlier this year by F. William Engdahl…

In December 2010, as it seemed the Greek crisis might still be resolved without the by-now huge bailouts or privatizations, Greece’s Energy Ministry formed a special group of experts to research the prospects for oil and gas in Greek waters. Greece’s Energean Oil & Gas began increased investment into drilling in the offshore waters after a successful smaller oil discovery in 2009. Major geological surveys were made. Preliminary estimates now are that total offshore oil in Greek waters exceeds 22 billion barrels in the Ionian Sea off western Greece and some 4 billion barrels in the northern Aegean Sea. [1]

The southern Aegean Sea and Cretan Sea are yet to be explored, so the numbers could be significantly higher. An earlier Greek National Council for Energy Policy report stated that “Greece is one of the least explored countries in Europe regarding hydrocarbon (oil and gas-w.e.) potentials.” [2] According to one Greek analyst, Aristotle Vassilakis, “surveys already done that have measured the amount of natural gas estimate it to reach some nine trillion dollars.” [3]  Even if only a fraction of that is available, it would transform the finances of Greece and the entire region.

Tulane University oil expert David Hynes told an audience in Athens recently that Greece could potentially solve its entire public debt crisis through development of its new-found gas and oil. He conservatively estimates that exploitation of the reserves already discovered could bring the country more than €302 billion over 25 years.

So unlike several other nations in Europe, things actually look quite promising for Greece in the years ahead if they manage their resources correctly and don’t let foreigners come in and steal all of their wealth.

And perhaps this is why there is such hesitation to boot Greece out of the EU.  It seems probable that many of the top politicians in Europe know about all of this gold, oil and natural gas that Greece is sitting on.

Hopefully the people of Greece will learn about this massive amount of wealth that is just under their feet.  If they can figure out a way to get this wealth to start to flow into the hands of the people of Greece, a lot of their problems could be solved rather quickly and they could start to experience a massive economic turnaround.