The group plans to put out 200,000 Global Intelligence Files relating to both parties 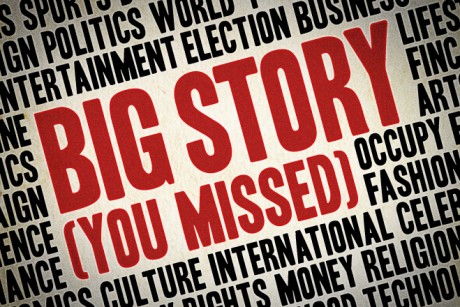 According to a release Wednesday, WikiLeaks will begin publishing 200,000 files relating to the presidential election. The GI (Global Intelligence) files are emails obtained through a hack on private intelligence firm Stratfor, which were leaked to WikiLeaks by Anonymous. The release states:

These GI Files releases will shed insight into key U.S. federal election players… Through this release WikiLeaks aims to inform the U.S. electorate in an unbiased way through the release of source documents from one of the most oddly influential companies in the U.S. today.

WikiLeaks notes that Statfor, “a secretive multi-national private intelligence firm, providing services to large corporations, and government agencies” has a revolving door with government offices and thus the leaked emails could be a source of important information on both Democrats and Republicans in this election. Wednesday marks the beginning of the document dump, so it may take some time before any dirt is dug up (if there is dirt to find).

“We call upon all people around the world to search the emails and publicize their findings using the hashtag #wlfindGI,” the WikiLeaks statement noted, before prodding readers for a donation to the organization.

2 thoughts on “WikiLeaks To Begin Election-Related Dump Of 200,000 Global Intelligence Files Relating To Both Parties”