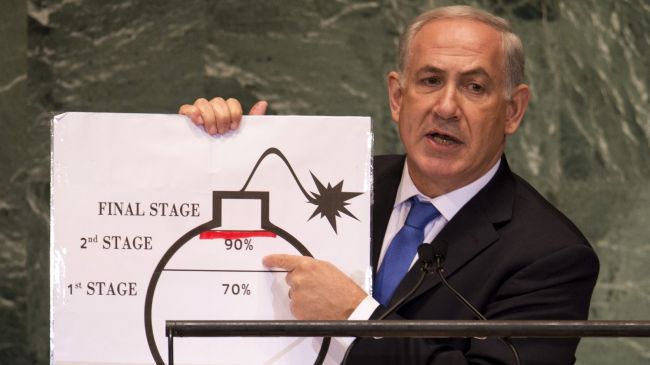 Reported to me, Henry Kissinger has stated — and I quote the statement word for word: “In 10 years, there will be no more Israel.”

The idea of Israel’s inexorable collapse is no longer a taboo as more top brass US officials are explicitly attesting to the fact, with prominent US diplomat Henry Kissinger saying, “In 10 years, there will be no more Israel.”

“Kissinger’s statement is flat and unqualified. He is not saying that Israel is in danger, but could be saved if we just gave it additional trillions of dollars and smashed enough of its enemies with our military.… He is not offering a way out. He is simply stating a fact: In 2022, Israel will no longer exist,” political columnist Kevin Barrett wrote in an article published on Press TV website on Sunday.

He also pointed to a study commissioned by the US Intelligence Community (IC), comprised of 16 US intelligence agencies, earlier this year, titled “Preparing for a Post-Israel Middle East,” and pointed out that the content of the IC’s report corroborates Kissinger’s contention.

“The sixteen US intelligence agencies agree that Israel cannot withstand the coming pro-Palestinian juggernaut consisting of the Arab Spring, the Islamic Awakening, and the rise of the Islamic Republic of Iran,” the analyst added.

The IC report contends that the US government no longer has the military and financial resources “to continue propping up Israel against the wishes of more than a billion of its neighbors” and suggests that “the US will have to follow its own national interests and pull the plug on Israel,” Barrett said.

Considering the fact that the Jewish Kissinger has long been viewed as an ardent friend of Israel and that the majority of US officials, including the authors of the IC report, are influenced by pro-Israeli lobby, the emerging messages become more remarkable, the article added.

The article argues that the emerging “complacency” among the US officials about Israel’s fate can be traced in the following reasons:

· American politicians and political activists “are growing fed-up with Israeli intransigence and fanaticism.”
· Americans feel “festering resentment over the Israel lobby’s imperious domination of public discourse.”
· “The American Jewish community is no longer united in support of Israel.”
· It is becoming a common knowledge that Israel and its supporters carried out the 9/11 false-flag attacks.

“In fact, the US is going broke and sacrificing thousands of lives in wars for Israel – wars that damage, rather than aid, US strategic interests,” the article said.

“It will become ever-easier for American policymakers, following in the footsteps of Kissinger and the sixteen intelligence agencies, to recognize the obvious: Israel has reached the end of its shelf-life,” Barrett concluded.

1 thought on “Henry Kissinger: ‘In 10 Years, There Will Be No More Israel’”