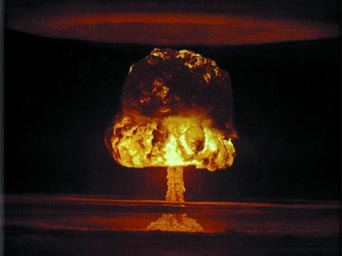 Here’s some context behind the claims that Iran will imminently possess a nuclear weapon.

It started a long time ago (but not, unfortunately, in a galaxy far, far away):

1992: Israeli parliamentarian Binyamin Netanyahu tells his colleagues that Iran is 3 to 5 years from being able to produce a nuclear weapon – and that the threat had to be “uprooted by an international front headed by the US.”

1992: Israeli Foreign Minister Shimon Peres tells French TV that Iran was set to have nuclear warheads by 1999. “Iran is the greatest threat and greatest problem in the Middle East,” Peres warned, “because it seeks the nuclear option while holding a highly dangerous stance of extreme religious militancy.”

1995: The New York Times conveys the fears of senior US and Israeli officials that “Iran is much closer to producing nuclear weapons than previously thought” – about five years away – and that Iran’s nuclear bomb is “at the top of the list” of dangers in the coming decade. The report speaks of an “acceleration of the Iranian nuclear program,” claims that Iran “began an intensive campaign to develop and acquire nuclear weapons” in 1987, and says Iran was “believed” to have recruited scientists from the former Soviet Union and Pakistan to advise them.

1997: The Christian Science Monitor reports that US pressure on Iran’s nuclear suppliers had “forced Iran to adjust its suspected timetable for a bomb. Experts now say Iran is unlikely to acquire nuclear weapons for eight or 10 years.“

So now we’re looking at a nuclear-armed Iran by 2007. Scary stuff, right?

2007: President Bush warns that a nuclear-armed Iran could lead to “World War III.” Vice President Dick Cheney had previously warned of “serious consequences” if Iran did not give up its nuclear program.

2007: A month later, an unclassified National Intelligence Estimate (NIE) on Iran is released, which controversially judges with “high confidence” that Iran had given up its nuclear weapons effort in fall 2003.

June 2008: Then-US Ambassador to the United Nations John Bolton predicts that Israel will attack Iran before January 2009, taking advantage of a window before the next US president came to office.

May 2009: US Senate Foreign Relations Committee reports states: “There is no sign that Iran’s leaders have ordered up a bomb.”

And Iran still doesn’t have a bomb today — all of those reports, all of that scaremongering and warmongering was wrong. Both the CIA and Mossad agree that there is no specific evidence that Iran is working on nuclear weapons today. And many experts believe that even if Iran were working on a bomb it could take up to ten to fifteen years.

Yet, it seems that nothing except a war will satisfy Binyamin Netanyahu, who felt the same way about Iraq:

There is no question whatsoever that Saddam is working towards nuclear weapons.

And how did that work out? A hugely expensive war and occupation, American imperial overstretch, thousands of dead soldiers, hundreds of thousands of dead Iraqis and no weapons of mass destruction. We should judge people on their predictive record.

On one level, I understand Netanyahu’s paranoia especially in the context of the 20th Century and the holocaust. Iranian Generals have talked about annihilating Israel.

In August 2012, Brigadier General Gholam Reza Jalali, who heads Iran’s Passive Defence Organisation, said “No other way exists apart from resolve and strength to completely eliminate the aggressive nature and to destroy Israel.”  And just six days ago in September 2012 Brigadier General Amir Ali Hajizadeh threatened to attack Israel and trigger World War III, saying that “it is possible that we will make a pre-emptive attack” which would “turn into World War III.” In the same statement, Hajizadeh threatened to attack American bases in the Middle East as well. Hajizadeh said that as a result of this attack, Israel would “sustain heavy damage and that will be a prelude to its obliteration.”

All disturbing rhetoric, yet almost certainly baseless threats given the context of Iran’s technological and military disadvantage. Iranian missiles fired at Israel would likely be shot down long before they reached Israeli airspace by Israel’s advanced missile defence systems that can intercept even short-range fire from Gaza and Lebanon. And Israel’s nuclear submarines in the Persian Gulf would almost certainly retaliate in kind. As Shimon Peres noted in 2006: “The President of Iran should remember that Iran can also be wiped off the map.” Most importantly, if Iran attacked Israel, it seems far less likely that other powers would come to Iran’s aid.

Yet an attack on Iran by Israel could well trigger a larger conflict, sucking in Iran’s trade partners who do not want to see the flow of oil and resources out of Iran disrupted. Just this week China announced new contracts to provide super-tankers to deliver oil from Iran to China. Would Russia and China sit idly by and see their Iranian investments liquidated while America and Israel invade Iran and destroy its infrastructure? Would they sit idly by and see their ally deposed? China and Pakistan have both hinted that they could defend Iran if Iran were attacked. An attack on or invasion of Iran is an incredibly risky adventure — and in my view the real danger to Israel. And for what? To discover that like Saddam Hussein, Ahmadinejad is not working on a nuclear weapon, and all the hot air about weapons of mass destruction is once again just bullshit?