When Will the World Stop Playing the ‘We Owe Israel’ Game? 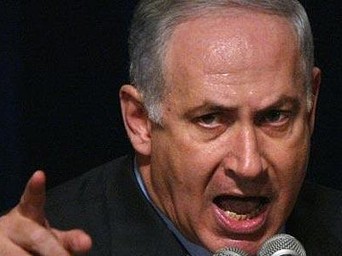 Dear Bibi, If being denied a meeting with Obama during a campaign period is a crime against Netanyahu humanity, where does Israel’s denying all of their weapons of mass destruction stockpiles and programs rank?

How far do all the rest of us have to go to the back of the bus with President Obama to make you happy?

And while we are speaking about denial, why do you continue to deny your holocaust against the Palestinian people?

And we know you used Jonathan Pollard to get nuclear first strike info that you sold to the Soviets?

As Shakespeare said, “Methinks you doth protest too much!”

Corporate media is once again spreading a disinformation scam worldwide. Obama is speaking at the UN on September 25th, and Netanyahu on the 28th. Although he is in the middle of a hard fought reelection campaign it seems the Israeli militants expect him to pay homage to the Likudite Supremacist.

They want Obama to wait for Bibi to reach New York so the furniture salesman can grandstand in front of an American president and scold him like a Catholic school nun with the ruler across the knuckles.

Dear Bibi, you did that once…burned that bridge, so it is gone. Welcome now to Hillary land.  She will be happy to dance with you. Everybody knows you want to make Israel’s Iran attack the central issue of the election campaign. Why don’t you look at the polling numbers? It’s at the bottom of voter concerns, even for Jews. You could easily be accused and guilty of reinforcing a negative stereotype.

You say, “The world tells Israel, ‘Wait, there’s still time.’ And I say, Wait for What? Wait until When?’

Well maybe the world will wait as long as it has for Israel to comply with UN resolutions that you Israelis have snubbed your collective noses at for decades. Who set that moral precedent?

You say, “Those in the international community who refuse to put red lines before Iran don’t have the moral right to place a red light before Israel.”

Bad move there Bibi. You have stepped into my area of expertise now in regards to who has the biggest history of aggression against it’s neighbors. And I have good, or bad, news for you. You win hands down.

The evidence is overwhelming and easy to find. It’s readily available in the American declassified intelligence, both military and state department. Allow me to start with a good warmer upper. 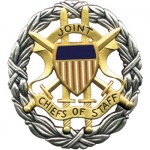 In March, 1948, a Joints Chiefs of Staff paper on Force Requirements for Palestine, anticipating the termination of the British Mandate, predicted that the Zionist strategy will seek to involve [the United States] in continuously widening and deepening series of operations intended to secure maximum Jewish objectives…

a) initial sovereignty over a portion of Palestine,

b) acceptance by the great powers of the right to unlimited immigration,

c)the extension of Jewish sovereignty over all of Palestine,

d) the expansion of Eretz Israel into Transjordan and into portions of Lebanon and Syria, and

e) the establishment of Jewish military and economic hegemony over the entire Mid East.

The JCS paper added ominously: All stages of this program are equally sacred to the fanatical concepts of Jewish leaders. The program is opening admitted by same leaders, and has been privately admitted to United States officials by responsible leaders of the presently dominant. 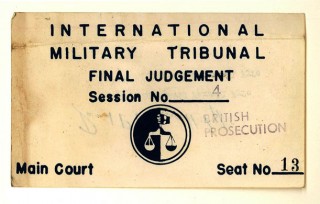 How long must we wait for the Israeli militants trials?

This all sounds like a pretty offensive plan,even a war crime under the Nuremberg Trial precedents. It inspires me to ask you now what moral right would a county like Israel have to claim any position other than a dangerous aggressor and international pariah?Do you think that just because of your AIPAC friends over here, and your buddy Rupert Murdoch’s media operation, that you can erase the history of Israel’s crimes against humanity? Do you think such things were written in the sand to disappear with the next breeze.

No sir, we have not forgotten. In fact we learn more every year, every month, every week. We know that Golda Meir’s terrorist organization blew up the Seramis hotel.

We know that Manachem Begin, Sharon and Shamir joined a too long list of Israeli prime ministers who were terrorists, and unrepentant ones I might add. The so-called ‘only democracy on the Mid East’ seems to have cornered the market where having been a terrorist actually enhanced one’s political prospects.

We know from your former prime minister Shertok’s diaries that Sharon had a rogue IDF unit that dressed up like Arabs and attacked Jewish settlements so the army could conduct reprisal ethnic cleansing raids.

Moshe Dayan publicly revealed that you were mobilized for war in all of your major border operations hoping that a reprisal could be used to initiate seizing additional territory for ‘defensive purposes’. And you have the gall to bring up the term ‘moral right’? I have piles of this declassified stuff. 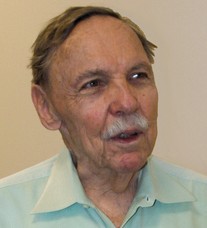 Veterans Today has our own nuclear expert here in Atlanta. His name is Clinton Bastin, an ex-Marine officer who worked for the Atomic Energy Commission and later the Department of Energy for thirty years.

His chemical engineering specialties were in reprocessing, nuclear weapons and proliferation. He briefed us extensively on your false claims years ago regarding Iran’s being able to produce weapons grade material and master warhead technology without blowing themselves up.

All of your past claims proved untrue. You hide your own WMD programs from international inspection. And your are on record in public internal debates for admitting that your WMD programs are for offensive purposes since your conventional military power is superior to any potential neighbor opponents.

The rest of us not only can read, but we can look up your archive material, also.

I guess you have figured out by now that I am challenging your moral standing. I don’t see that you have any. If I am missing something, please email me. I have not even gotten into yet about your special operations people who have been doing black flag operation in Iraq and Afghanistan, which include killing American troops and blaming the locals. That was nasty.

Yes, I know I know I am not supposed to tell people this but you made it hard for me not to today. But you have to understand that a lot of American military and civilian Intel people have access to these classified files and they are not happy cowboys to have learned this. Some even think you should pay for these crimes, Nuremberg style, at the end of a rope…really.

But one thing I can guarantee you Bibi is we have no intention of being your victims. We are not weak, and there are more than a few of us. Yes, we know you are layered up, with a lot of human shields around you to use as cannon fodder. We actually look forward to having a meeting with you some day.

I have been test marketing the declassified material on you scoundrels for years now, mainly on retired military officers who did not know about it. It was very effective. They got very angry. How much more angry do you think they will be when the classified stuff gets released?

After all we still have this Bush doctrine thing on the books where we will go after anyone, anywhere, who aids and abets terrorism against Americans.

And I don’t mind telling you buddy, you and your Lukudite gang are guilty as hell, and there is an army of folks over here just waiting to help round you folks up and balance the books out a bit.

What’s that you say? Oh yes, I know…that’s what Romney is for. He’s going to keep the cork in that bottle. And yes, that is why you hosted the fund raising deal for him over there and even flew the drug dealers, Rooskie mobsters and Chinese wheels in. That was a bad idea. You make even more enemies by being one.

And yes Bibi, we know that this ‘Bibi gets denied his meeting’ campaign is all part of the plan. We expect such things from you. Even the interns picked up on it right away. But for the international media to all join hands so quickly to spread this charade around, just when you think that media can go no lower, it does.

I am hoping that Press TV will publish this. You see, Iran doesn’t have a history of attacking it’s neighbors. We don’t have a top secret JSC report on them like we do on you. They don’t have a thirty year old WMD program like you do. And they don’t have the majority of our Congress on the take.

They are not the threat Bibi. You and your militant Israeli buddies are. And if anyone is in denial about the rest of us having caught onto your scam, it’s you buddy. It’s you.