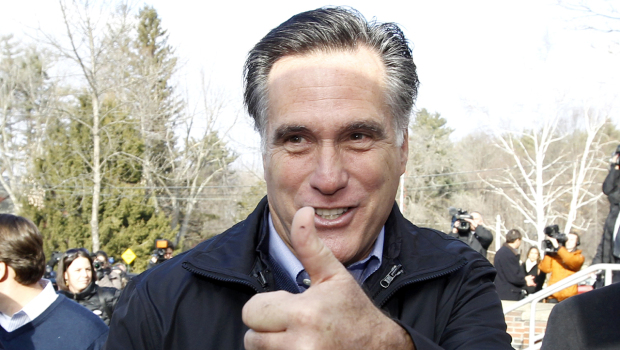 By now everyone has heard the infamous Mitt Romney speech discussing the “47%” if primarily in the context of how this impacts his political chances, and how it is possible that a president “of the people” can really be a president “of the 53%.” Alas, there has been very little discussion of the actual underlying facts behind this statement, which ironically underestimates the sad reality of America’s transition to a welfare state. Recall Art Cashin’s math from a month ago that when one adds the 107 million Americans already receiving some form of means-tested government welfare, to the 46 million seniors collecting Medicare and 22 million government employees at the federal, state and local level, and “suddenly, over 165 million people, a clear majority of the 308 million Americans counted by the U.S. Census Bureau in 2010, are at least partially dependents of the state.”Yes, Romney demonstrated potentially terminal lack of tact and contextual comprehension with his statement, and most certainly did alienate a substantial chunk of voters (most of whom would not have voted for him in the first place) but the math is there. The same math that inevitably fails when one attempts to reconcile how the $100+ trillion in underfunded US welfare liabilities will someday be funded. Yet the above is for political pundits to debate, if not resolve. Because there is no resolution. What we did want to bring attention to, is something else that Mitt Romney said, which has received no prominence in the mainstream media from either side. The import of the Romney statement is critical as it reveals just what the endgame may well looks like.

In response to an audience question:

Romney: [The] former head of Goldman Sachs, John Whitehead, was also the former head of the New York Federal Reserve. And I met with him, and he said as soon as the Fed stops buying all the debt that we’re issuing—which they’ve been doing, the Fed’s buying like three-quarters of the debt that America issues. He said, once that’s over, he said we’re going to have a failed Treasury auction, interest rates are going to have to go up. We’re living in this borrowed fantasy world, where the government keeps on borrowing money. You know, we borrow this extra trillion a year, we wonder who’s loaning us the trillion? The Chinese aren’t loaning us anymore. The Russians aren’t loaning it to us anymore. So who’s giving us the trillion? And the answer is we’re just making it up. The Federal Reserve is just taking it and saying, “Here, we’re giving it.” It’s just made up money, and this does not augur well for our economic future. You know, some of these things are complex enough it’s not easy for people to understand, but your point of saying, bankruptcy usually concentrates the mind.

And that is how the Fed effectively took over control of the United States, as without it, it is game over. This is also why the ongoing presidential election is a farce, and has absolutely no bearing or significance for the future of the US, whose true ruler does not reside at 1600 Pennsylvania Avenue, but instead holds America hostage in a powerful Stockholm Syndrome grip from the deep recesses of the Marriner Eccles building located, paradoxically, on Constitution Avenue.

Don’t worry though: like any “true democracy”, the real “leader” of the nation will never be eligible for popular vote. Ever.

P.S. It appears that Paul Krugman has promptly taken offense to the realization that Bernanke is “monetizing 75% of all debt.” He has even promptly penned an article “Misinformed Monetary Mitt” proving the Noble prize-winning economist really has little understanding of the dynamics of debt monetization.

Here is the reality: under ZIRP, all bonds with a maturity inside the guaranteed 0% envelope are essentially cash equivalents. This means all bonds 3 years and less, which as is to be expected for riskless paper, have a coupon of roughly 0% (except Fed counterparty risk of course, because the only reason they should trade above 0% is if the Fed loses control of inflation and ends ZIRP prematurely before its announced end date now sometime in 2015). When the Treasury issues them the buyers takes on ZERO risk, thanks to ZIRP. This is also the reason why the Fed sells $45 billion in short-end paper each month, as part of Twist sterilization. In essence the only debt issuance that matters for the US Treasury is that of longer-dated issuance. This amounts to roughly $45 billion per month in the 10-30 year window, and is virtually all the debt that the Fed monetizes on the long-end as part of Twist. This is also knows as Flow as we have explained repeatedly, but we don’t except someone still stuck teaching 1980s economics to understand this (Goldman explained this here)

But this is not news: back in February we noted that Under Twist the fed has monetized 91% of all LT gross issuance.

Between Twist 1 and 2, the Treasury has not auctioned off one dollar of gross LT debt to the private market, as evidenced by the total inventory of 10-30 year paper which has remained fixed at $650 billion. It is this liquidity limitation that forced Bernanke to monetize not more TSYs, but to commence buying Mortgage Backed debt.

The fact that Krugman does not get this simplest fact about the nuances in the Fed’s monetization activities demonstrates just how dangerous it is to assume that just because someone has been awarded a Nobel, they automatically are an expert in something, anything, especially involving numbers.

And because we enjoy spreading knowledge, and for the benefit of even the most math-challenged Economics professors, here again is a simple clip showing how Romney is actually lowballing the real number of relevant gross issuance, which is nearly all in the critical 10-30 year ballpark, and where the Fed will soon be virtually the sole marginal market player.