The chart below shows 2050 years of relative global GDP, during which there was a surprisingly flat distribution of the major economic powers: China, India, and the “West”, at least until the mid-1800s, when the “Western” Golden Age began primarily courtesy of the industrial revolution, followed by the arrival of the Fed and virtually endless leverage (i.e., borrowing from the future until such time as no more debt capacity remains at either the public or private sectors), only to end in the late 1900s when the marginal balance of power shifted back to Asia, which became the next nexus of debt accumulation (see our earlier post on The Great Recoupling for some additional perspectives).And while the chart, from Deutsche Bank and PWC, attempts to predict the next 40 years of relative GDP distribution by eventually regressing back to the the long-term trendline, we feel that this is quite an optimistic assumption for a world in which virtually every “developed” country is insolvent, begs for China to ease whenever western inflation sends gas prices soaring making reelection of the incumbent impossible, and is reliant on the indefinite continuation of the USD’s reserve status to preserve the last traces of western superiority (not to mention cheap funding of $-trillion deficits as far as the eye can see). 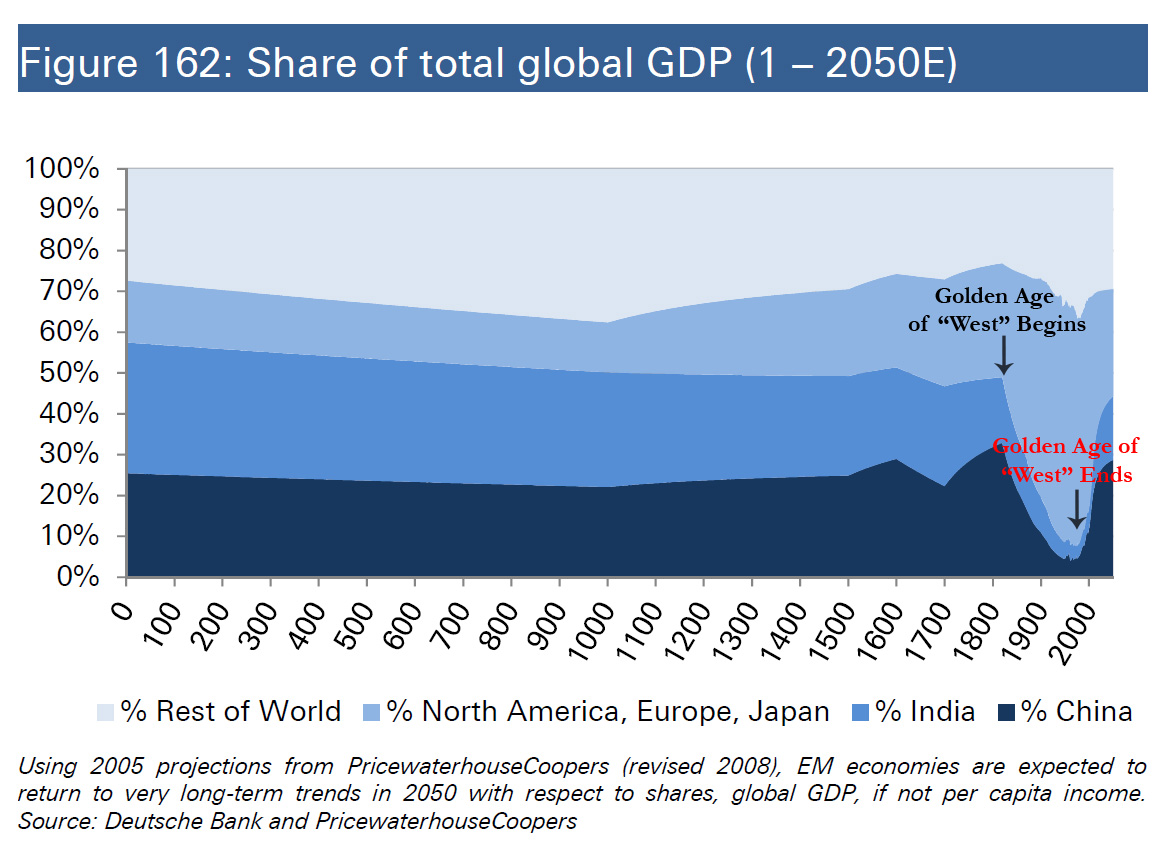