If a day of the week ends with the letter Y, then you can be assured that the Department of Homeland Security has made a purchase of either ammunition, explosives, overpriced bagpipes, or firearms.

But not any kind of firearms, we’re talking a rifle that is scary looking and under performs. The Federal Law Enforcement Training Center requested the purchase of forty Colt M4 Carbines to replace the existing inventory of M16 service rifle at the Coast Guard Military Law Enforcement Academy rifle training center.

This is EXACTLY what they want:

And when they described the needs, they redacted the requesting official’s information, “Description of Supplies/Services”, and signatures to hide the responsible persons requesting the purchase from the American public. See below images. 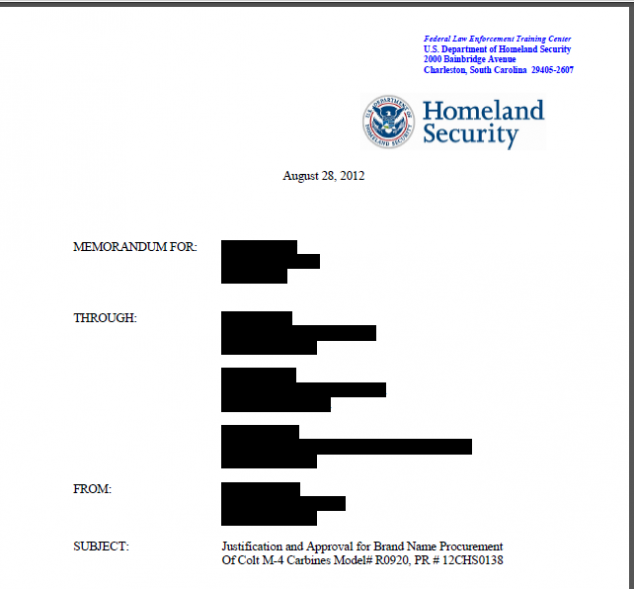 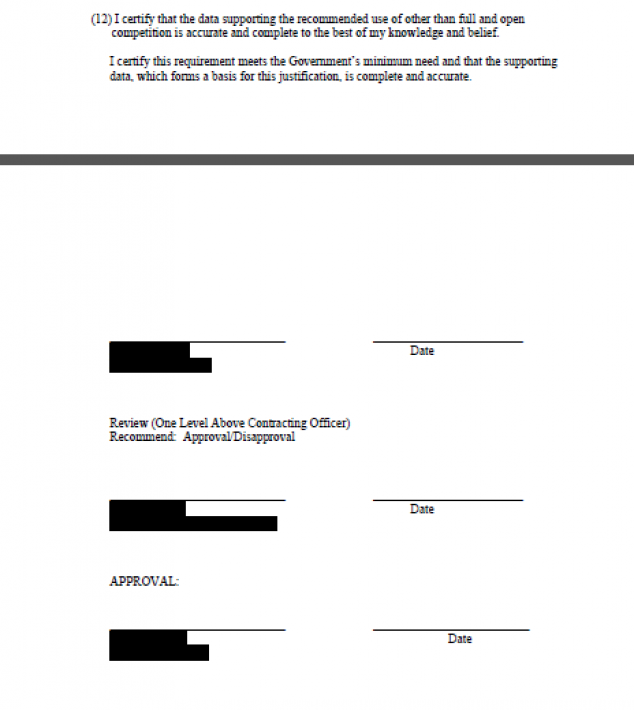 The M4 is a shoddy replacement for the M16.

“In recent years, the M4 finished dead last in a sandstorm reliability test, against 3 competitors that include a convertible M4 variant. Worse, the 4th place M4 had over 3.5x more jams than the 3rd place finisher. “Defense Industry Daily comment

The weapon is a poor choice, and the soldier firing it may die as a result of jams:

“Sgt. Charles Perales of Fort Bragg, NC had this to say in a letter reprinted by Defense News:

My unit – B Company, 2nd Battalion, 504th Parachute Infantry Regiment – was deployed to Afghanistan from April 2005 to March 2006. While there, we were attached to Special Forces at Camp Tillman on the Afghan border…. I saw first-hand what happens when your weapon jams up because of the harsh environments we have to call home there. An 18B weapons sergeant was shot in the face due directly to his weapon jamming. I just can’t believe that after things like this happen, the Army is still buying more M4s.”

“So, what happens when the Extreme Dust Test III stoppages are broken out by weapon?

The M4 Carbine is the Army’s existing weapon.

882 jams, 1 jam every 68 rounds, again using heavy lubrication. In addition all 10 of the M4 barrels needed to be replaced, and a number of their parts were replaced during the test. None of the cold hammer forged HK416 and XM-8 barrels needed replacement.”

So many other complaints exist for the M4. And the Homeland Security is leaving a tried and true weapon, the M16, to some young upstart weapon. The Defense Industry Daily provided many other viable options to the M4. And they ignore the better choice.

Sort of like politics: Skipping over the mature and experienced for someone flashy and pretty. Worthless in the long run, and you’ll regret your choices.