“Canada views the government of Iran as the most significant threat to global peace and security in the world today, …” 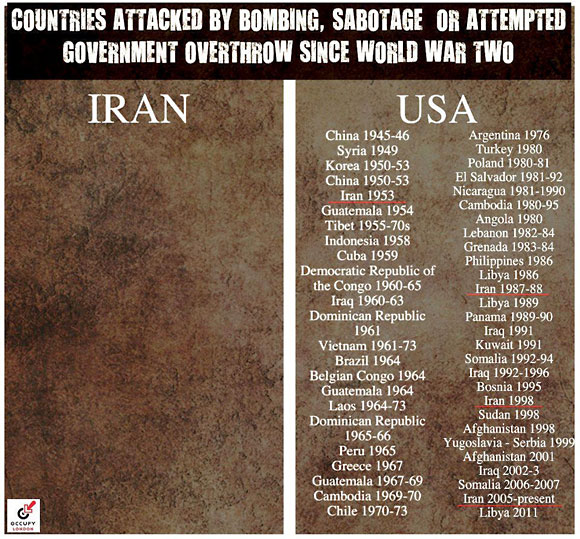 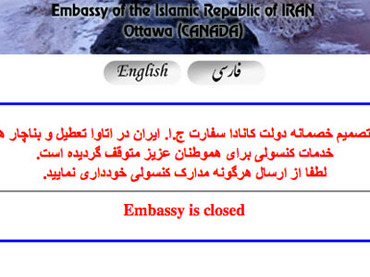 Closing ranks with the US and Israel, Canada has denounced Iran as the biggest threat to global security and said it will expel all of the Islamic Republic’s diplomats from its territory by September 12th.

“Canada views the government of Iran as the most significant threat to global peace and security in the world today,” Foreign Minister John Baird said in a statement.

“Under the circumstances, Canada can no longer maintain a diplomatic presence in Iran … Diplomatic relations between Canada and Iran have been suspended,” he added.

The Foreign Minister also blasted Iran for its support of Syrian President, Bashar al-Assad, as well as Tehran’s controversial nuclear program. The fact that the Canadian government is a staunch ally of Israel has also played a part in the decision to cut ties with Iran.

“The Iranian regime is providing increasing military assistance to the Assad regime; it refuses to comply with UN resolutions pertaining to its nuclear program; it routinely threatens the existence of Israel and engages in racist anti-Semitic rhetoric and incitement to genocide,” Baird’s statement claimed.

This statement by the Canadian FM was made during the APEC Summit currently underway in Vladivostok. And political analyst and the director of the Center for Research on Globalization Michel Chossudovsky told RT that it’s no coinicidence such a platform was chosen for announcing the move – which, Chossudovsky believes, wasn’t really made by Canada at all.

“This decision wasn’t taken in Ottawa, it was taken in Washington,” Chossudovsky told RT.

He added that this form of diplomatic pressure may be just the first step of many more to come.

“All acts of mediations and diplomacy and peace-building are being scrapped in favor of a possible military strike on Iran”.

Relations with Iran have been strained since former Canadian ambassador, Ken Taylor, helped rescue six Americans from Iran during the hostage crisis in 1980. Ties between the two states took and even bigger hit in 2003, after a freelance photographer with dual Canadian-Iranian citizenship died in custody after being arrested while taking photographs outside a Tehran prison. Following that incident Iran recalled its ambassador. The Islamic Republic also ordered Canada’s ambassador to leave the country after trying unsuccessfully to come to an agreement on an exchange of ambassadors for some time.

Canada is certainly not the first country to cut ties with Tehran. The United States hasn’t had an embassy in Iran since the 1980 hostage crisis. Britain also recalled its entire diplomatic staff in 2011, following a major attack on its embassy which it claims was sanctioned by the country’s ruling elite. After the attack, Britain expelled Iranian diplomats from the UK.