While the general level of unemployment in Europe is rising in a scary enough way (more detail here), the one really concerning data point has gone from bad to worse. When we last looked at youth unemployment in Europe, things were stabilizing a little, though at extremely lofty levels. With the release of July’s data, the situation has deteriorated rapidly; Euro-Zone youth unemployment hs now ticked back up to its euro-era record-high of 22.6% (18-year highs). Only Portugal saw an improvement is the rate of unemployment among the Under-25 age group (from 37.6% to 36.4%) though it remains anarchically high. Italy was the hardest hit, back above 35% with its largest rise in youth joblessness in 5 months, Ireland rose back above 30% for its biggest rise in 11 months as France jumped to two-year highs and Spain and Greece are practically deadlocked with ~53% of their younger-generation out of work – new all-time records. Why do we worry? Why is this so scary? Two reasons – this and this. 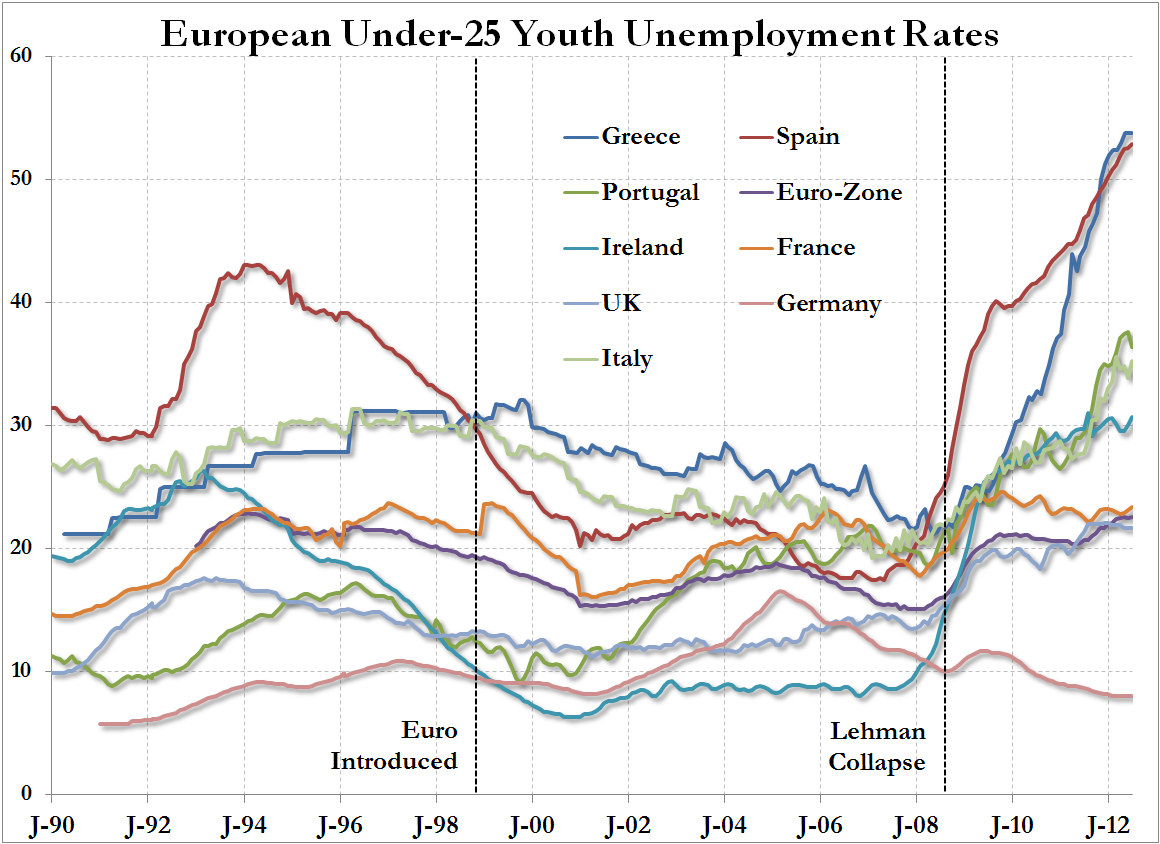