Bank of England officials were so concerned about the potential for a financial crisis late last year they took the extra­ordinary step of warning the entire banking system could collapse “before Christmas”. 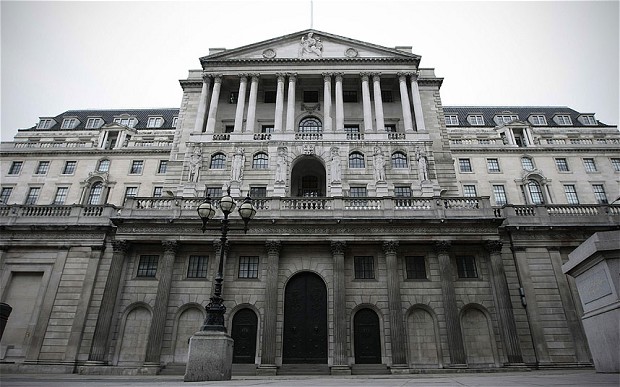 Paul Tucker is one of the front-runners to replace Sir Mervyn King as Governor of the Bank of England Photo: PA

Paul Tucker, the deputy governor of the Bank of England, told an October meeting of the chief executives of Britain’s largest banks that there was a serious chance none of their businesses would survive to the end of the year.

“Gentlemen, you could all be out of business by Christmas,” Mr Tucker said in a stark warning to the bank chiefs, according to three sources present at the meeting.

The revelation of Mr Tucker’s remarkable warning shows the depth of fear among senior officials over the havoc the collapse of the eurozone would wreak on the British financial system.

Mr Tucker is one of the front-runners to replace Sir Mervyn King as Governor of the Bank of England.

Minutes published by the Bank’s Financial Policy Committee in September and December made clear the depth of its concerns, but the explicit warning given to the chief executives shows that officials feared a crisis even greater than that in the wake of the collapse of Lehman Brothers in September 2008. The meeting led directly to the creation of working groups at banks to gauge the potential for a full-scale collapse of the financial system.

One executive present said his institution had been so concerned by Mr Tucker’s warning that it had re-evaluated its entire risk positions.

However, another executive present said he had been disappointed with the Bank of England’s response and said that, despite the dire warning, it actually did “very little” to help deal with the situation.

Last month, Mr Tucker denied he had any knowledge of Barclays’ attempt to manipulate Libor after the bank released a memo of a conversation between him and former chief executive Bob Diamond.