“That amount of radium found to date cannot be explained by gauges, deck markers, and decontamination activities,” wrote Stephen Woods, an environmental cleanup manager at the California Department of Public Health, about Treasure Island, the rectilinear speck of land in the San Francisco Bay two-and-a-half miles of white caps from our kitchen window. It summed up decades of US Government efforts to bury nuclear sins under layers of ignorance.

The US Government created Treasure Island from fill in 1937 and connected it to Yerba Buena Island, the overgrown rock in the middle of the Bay Bridge. After the Golden Gate International Exposition in 1939/1940, it became a naval base. In 1993, the Navy started the process of cleaning up the island so that the City of San Francisco, which had agreed to buy it for $105 million, would accept it—pending approval by state health officials. 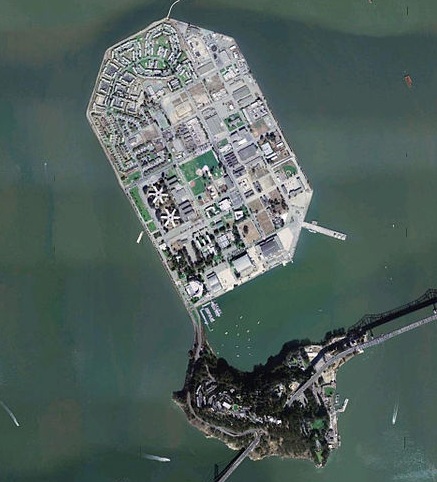 Meanwhile, 2,800 people, oblivious to what was buried on the island, moved into the housing units they rented from the Navy. Developers are scheduled to break ground on a high-rise complex next year. The population could eventually swell to 20,000. Alas, in an excellent piece of reporting, The Bay Citizen, a nonprofit news organization, reveals a homegrown nuclear debacle kept out of public view by decades of deception.

After World War II, Treasure Island became a training center for nuclear decontamination. In a 2006 report on the cleanup, the Navy concluded that the locations of the USS Pandemonium, the mockup of a ship used for decontamination training, were free from radiation, and that a 170-acre area was ready to be transferred to San Francisco. But contractors hired by the Navy kept running into radioactivity of such magnitude that one worker was exposed to the maximum radiation dosage allowed under Nuclear Regulatory Commission guidelines and was sent off the job.

In 2007, the Navy tried to mollify resident with a newsletter that stated that lingering radiation from the discarded glow-in-the-dark buttons handed out during the Golden Gate International Exposition was no worse than that of a smoke detector.

But on December 17, 2010, state public health official Peter Sapunor wrote in an email that “Navy contractors had dug up and hauled off 16,000 cubic yards of contaminated dirt, some with radiation levels 400 times the Environmental Protection Agency’s human exposure limits for topsoil.” And worse, radioactive material in the soil around those excavations exposed children at a Boys & Girls Club and a child development center to contaminated dust.

The Navy’s report wasn’t forthcoming on other issues, according to The Bay Citizen:

For one, the Navy had failed to fully detail what had happened to the remains of the USS Pandemonium, used to train sailors in “Nuclear, Biological and Chemical Warfare,” according to a July 2011 health department review. The Navy contractor recently dumped debris from the two training sites into an undisclosed landfill, the report alleged, then declared the training site clean without testing for radiation. “The Navy has not responded to requests for the location of the landfill,” the review added.

In early 2011, Stephen Woods lambasted the Navy for still using the 2006 report to support its claims that parts of the island had been cleaned: “The large volume of radiological contaminated material, high number of radioactive commodities (individual items or sources), and high levels of radioactive contamination … have raised concerns with CDPH regarding the nature and extent of the radiological contamination present at Treasure Island.”

In June 2011, CDPH issued a notice of violation against the Navy’s chief cleanup contractor “for repeatedly digging, piling, spreading and transporting dirt from sites contaminated with toxic chemicals” without testing them for radioactivity, “potentially spreading radiation beyond its original location.”

Finally, these and many other actions and pressures induced the Navy to hire civilian researchers and do a new historical analysis. The Bay Citizen “obtained” a draft report, dated August 6, 2012. Turns out, Treasure Island was “ground zero for repairing, scrapping, recycling and incinerating material from ships that might have absorbed radiation from atomic bomb tests in the Pacific.”

After many decades of suppressing this information, it is now finally seeping to the surface, thanks to the Navy’s reluctant glasnost, worried state health officials, and investigative reporters at the The Bay Citizen. A bit late for the families who’ve lived on the island for years, and for some of the clean-up workers who weren’t always aware of what exactly they were dealing with.

Here is a harbinger of things to come: California Sales Tax Revenues Nosedive By 33.5%, by hard-hitting Chriss Street.