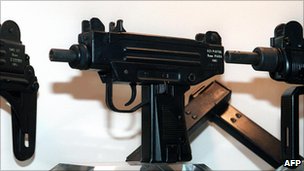 Correspondents say that it is not clear whether Mr Boonsong knew the gun was loaded before the shooting.

“From our initial inquiry, the secretary’s family will not sue because they were relatives and it was an accident – he did not mean to do it,” a local police officer told AFP by telephone.

Officials said it was also unclear why the senator was armed at the meal.

Police have yet to arrest the senator – a member of the upper house of the Thai parliament – as he is protected by parliamentary privilege, the Bangkok Post reported.

Mr Boonsong faces a maximum of 10 years imprisonment and a 20,000 baht fine if convicted.