For a presidential election taking place when the US debt/GDP has for the first time in 70 years crossed above 100%, in which over 50 million Americans collect food stamps and disability, in which M2 just crossed $10 trillion, in which total US debt is about to pass $16 trillion, and when total nonfarm employees in America (133,235,000) are the same as they were in April of 2005, it is quite surprising that economics has not taken on a more decisive role in the electoral debate. But while both candidates may, for their own particular reasons, not want to bring up the slow motion trainwreck that is the US economy now, in 4 years whoever is running for president will not be so lucky, because as the US debt clock shows, assuming current rates of progression, things are about to get far, far worse.

Actually, if those numbers do pan out, there very well may not be a presidential election in 2016. So enjoy this one. It may be the last one for quite a while. 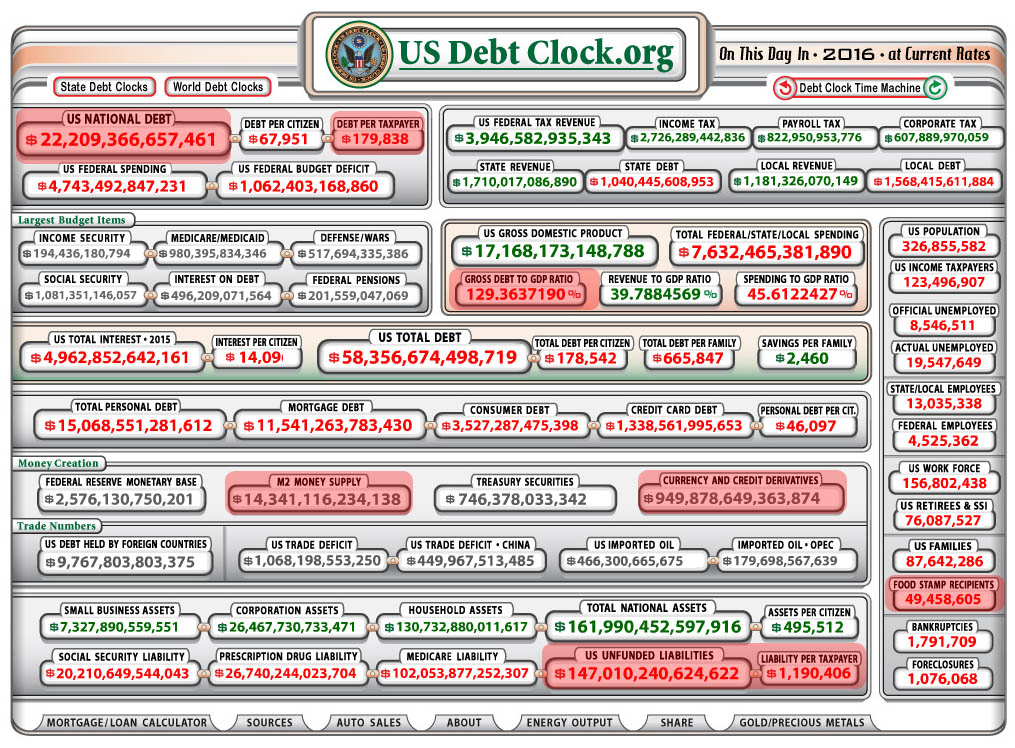