Update: IBEX resumes for trade with a nearly 5 hour delay, last seen higher at 1.68%. We can only hope the Knight algo is not to blame for yet another round of headless chicken buying.Last week it was Knight, today it is the Spanish stock market. Following a halt for a “technical glitch” just after 4 am Eastern time, Spain’s stock exchange, the IBEX, is still not trading as of this posting. So how will Spain and the ECB declare victory if they are unable to demonstrate the daily ramp in Spanish stocks (where shorting financials is once again forbidden…. because Europe continues to be “fixed”). 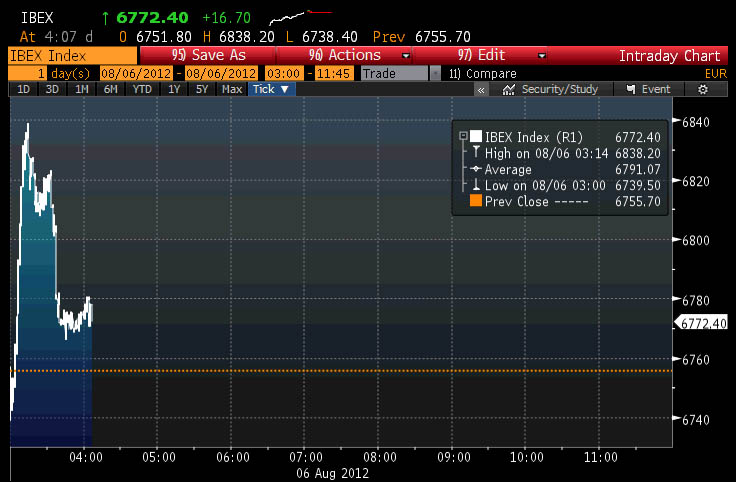 The Spanish stock exchange was halted Monday morning due to a technical glitch, according to a spokesman for operator Bolsas y Mercados Espanoles SA . The spokesman did not give a time for the resumption of trade nor specify the nature of the glitch. The market has been halted since 10 a.m. Central European Time. The Spanish IBEX 35 index was trading up 0.25% just ahead of the halt