Links on Syria, Libya and Al-CIAda are down below.

Should President Obama (alongside Lindsay Graham and John McCain) be wearing an orange jumpsuit? 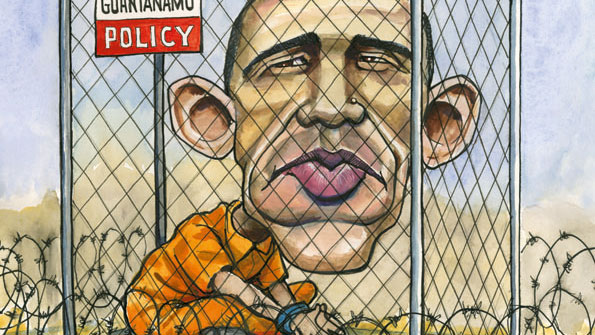 Welcome to the beautiful and surreal reality of life under American corporatism, under a Congress that churns out thousands  and thousands of pages of (often contradictory) legislation a year.

If providing material assistance to al-Qaeda is illegal under the National Defence Authorization Act (2012), and Obama and Congress are sending $25 million of aid to al-Qaeda-affiliated Syrian opposition, aren’t Congress and President Obama violating their own law? Should Obama (or at least the Justice Department) not be using “all necessary and appropriate force” including “the power to indefinitely detain” to prevent Obama and Congress from assisting al-Qaeda? Did anyone in Congress or the Obama administration even bother to read the law that they were signing? Do Federal laws no longer apply to lawmakers?

Reality Check: Is Al-Qaeda An Enemy Or Not?

The only question left from this abrupt and absurd turnaround — from funding bin Laden’s mujahideen thirty years ago, to ten years ago declaring war on al-Qaeda, to today sending them material assistance — would appear to be whether or not Obama will pull a 1984 and claim that “we have always been at war with Eurasia“.