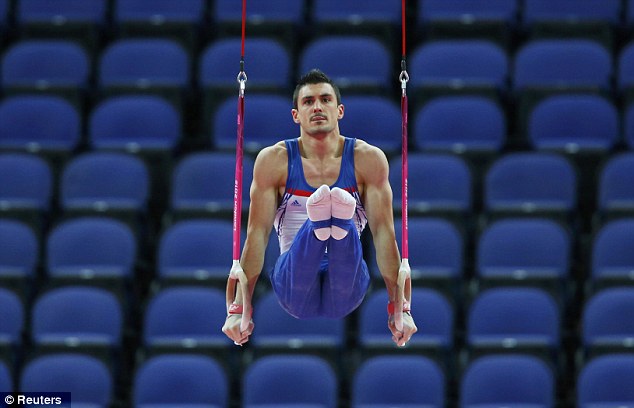 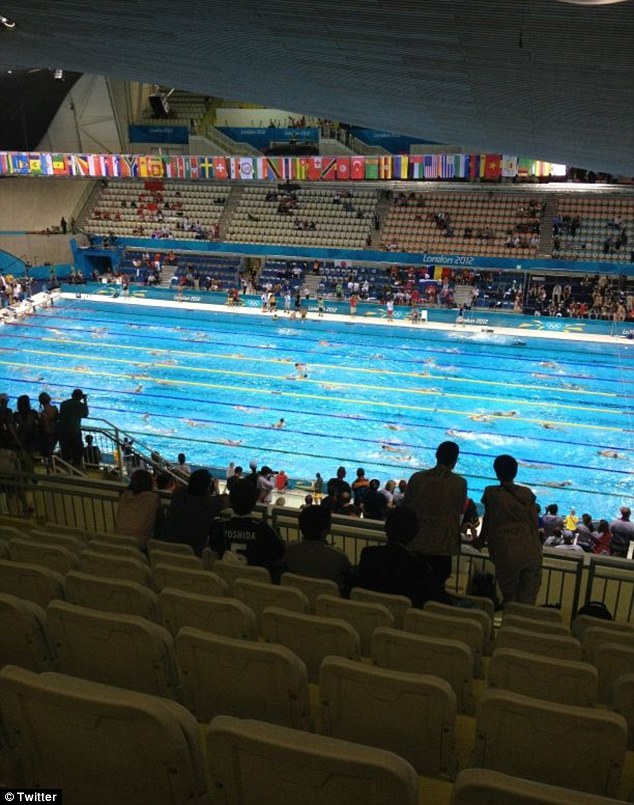 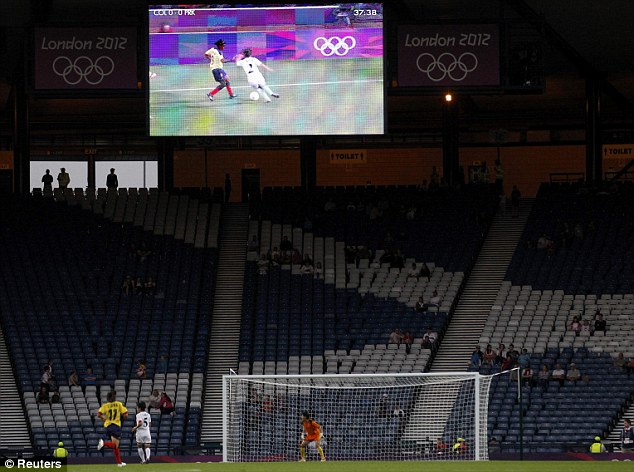 – Weren’t they meant to be sold out? Day one of the Games sees banks of empty seats at key venues… as Lord Coe promises to ‘name and shame’ sponsors who waste tickets (Daily Mail, July 28, 2012):

Several high-profile venues, including the Aquatics Centre in the Olympic Park and the gymnastics arena in North Greenwich, had rows of empty seats during morning sessions on the first day of the Games.

Locog said they would be investigating why the seats were unfilled, while Lord Coe has reportedly promised to name and shame sponsors who did not find takers for the venues.

Fans who paid huge sums to secure sought-after Olympics tickets were left fuming as seats – thought to have been bought in bulk by Games sponsors – were left unfilled.

At the Aquatics Centre, where every session is a sell-out, there were rows of empty seats in the lower tier, where more expensive tickets are situated.

London 2012 communications director Jackie Brock-Doyle said: ‘The public have turned up, it looks like they were accredited seating [for officials or media].

‘We are looking into who should have been sitting there and why they were not.’

Conservative MP Louise Mensch posted a picture of a near empty Aquatic Centre on her Twitter page today, provoking an angry response from some of her followers.

Someone tweeting under the name ‏@hattyrichmond wrote: ‘@LouiseMensch unbelievable. So many people wanted tickets and couldn’t get them :-(‘.

The ticketing situation will have caused a further headache for Lord Coe, who admitted before the Opening Ceremony prices were under review amid fears some venues could remain partly empty.

The London 2012 chairman said that although two million more Olympic tickets have been sold in recent months, the prices of more expensive seats could be cut.

Lord Coe said: ‘We’ll look at all those sorts of things but we’ve got any number of options.

‘I just don’t think, from what’s happening at the moment, we’re going to have a great deal left.

‘It was always my ambition to put people that look like they wanted to be in the stadium, to make them affordably priced… and really to meet our revenue targets (£600million) and I think we’ve done that in a really, really difficult climate.’

Meanwhile, there were reports of queues of up to 50 minutes for free water inside the rowing venue at Eton Dorney.

Spectator Anna Woodhams said: ‘There was an excellent atmosphere. The people doing the catering weren’t coping very well, but it’s day one and it was ok. I’m sure they’ll learn from it.’

LOCOG promised to reduce the queues. A spokeswoman said: ‘There are five free water points within the venue and also 19 concessions selling water.

‘Yes, there were queues and we’re working hard to keep them to a minimum.’

By Saturday night it emerged that more tickets had gone on sale via the official Games website, suggesting they may be being witheld from sponsors and given to fans.

But the website was unable to cope with the new flood of demand and by 10.50pm had crashed under the volume of demand.