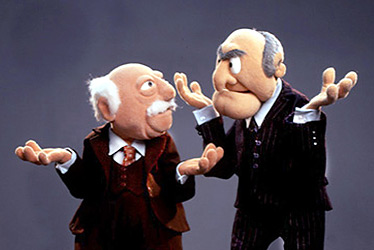 Curious just how we were 100% certain that the June 29 summit was an epic disaster, in addition to the obvious? Because in a note from that morning we said the following: “Below is Goldman’s quick take on the E-Tarp MOU (completely detail-free, but who needs details when one has money-growing trees) announced late last night. In summary: “We recommend being long an equally-weighted basket of benchmark 5-year Spanish, Irish and Italian government bonds, currently yielding 5.9% on average, for a target of 4.5% and tight stop loss on a close at 6.5%.” By now we hope it is clear that when Goldman’s clients are buying a security, it means its prop desk is selling the same security to clients.” Sure enough, its prop desk was selling, and selling, and selling. Since then Spain and Italy have blown out, and only the strange tightening in Ireland has prevented yet another stop loss from the squid which is now known for cremating clients more than anything else. The stop loss is certainly not far: the basket is now at 6.20%, and has just 30 bps to go until yet another batch of Goldman clients is slaughtered. Which is now only a matter of time – Goldman just told its clients it has a little more of its 5 Year exposure left to sell, and then it will be done. Of course by then another muppet murder scene will have to be cordoned off.

Translating these considerations into an investment strategy has been admittedly difficult and contentious, given the prevailing pessimism and caution, and very thin markets.

We have observed in previous notes that the co-movement in EMU bonds has been looser this year, providing interesting entry points into trades within the area. More broadly, however, the extremely low levels of yields in AAA issuers (relative to macro fundamentals) can be traced back to the shifts in demand that are taking place within the fixed income universe in response to the displacements originating from the Euro area as a whole. Hence, a macro view on US Treasuries or German Bunds can be invalidated by changes in expectations on the policy reaction of Euro area authorities (we seldom find ourselves discussing GDP or inflation outlook in meetings with investors, as the discussion is dominated by considerations on the political economy of the crisis).

A few weeks ago, we recommended going long an equally-weighted portfolio of 5-year government bonds of Italy, Spain and Ireland. The trade is now slightly in the red relative to where we initiated our recommendation (6.20%, from 5.96%), reflecting the sell-off in Spain. Nevertheless, in addition to fitting with our more strategic views expressed above, we still like the position, for the following reasons.

First, the increase in short-dated yields in the south of the Euro area creates a problem for the transmission of monetary policy. We doubt that the ECB is insensitive to this and would view measures directed at supporting the private nonfinancial sector as more likely. In turn, these should help the government sector and lead to a decline in short-term rates.

Second, Spain and Italy are large government bond markets (their combined float is close to US$3trillion). We are of the view that the policy preference is to keep these markets open, rather than have these issuers become shut out of the primary market and unable to return, as is the case for the program countries now (although Ireland and Portugal are trying to re-activate some primary issuance). As we said since the start of last year, the intermediate-to-long maturities for both issuers are hard to invest in until some clarity is provided on how the debt overhang will ultimately be addressed. As said above, we expect some combination of EFSF/ESM intervention, and ECB assistance.

The following trading ideas from the Global Markets Group reflect shorter-term views, which may differ from the longer-term ‘structural’ positions included in our ‘Top Trades’ list further below.