– US Senate Report: HSBC Acted As Financier To Clients Seeking To Route Shadowy Funds From The World’s Most Dangerous And Secretive Corners, Incl. Mexico, Iran, The Cayman Islands, Saudi Arabia And Syria

THE UK’s largest bank HSBC could be formally dragged into the Libor investigation for the first time after it emerged links between one of its traders and peers at other banks were at the centre of investigations by financial regulators. 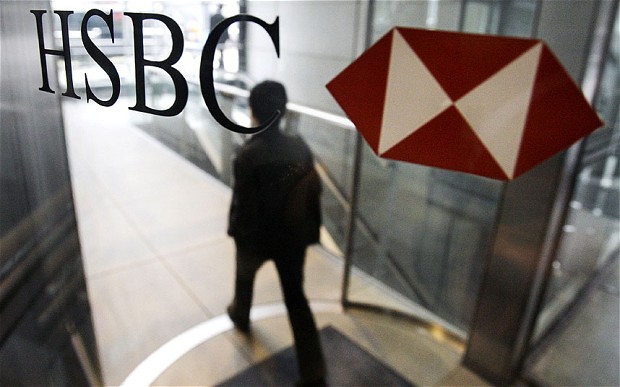 Watchdogs including the FSA are understood to be looking at a ring of traders at banks including HSBC, Credit Agricole, Societe Generale and Deutsche Bank suspected of colluding to manipulate inter bank lending rates.

Traders, including Didier Sandler at HSBC, are understood to have come to regulators’ attention after exchanging emails with Barclays’ former euroswaps dealer, Phillipe Moryoussef.

Mr Moryoussef is understood to have contacted traders at the other banks about Euribor, the European equivalent of Libor. The traders being looked at by regulators include Michael Zrihen of Credit Agricole and Christian Bittar at Deustche Bank. None of the executives still work at the r banks.

Unlike banks such as RBS and UBS which are known to be under investigation over the Libor manipulation, HSBC has yet to be formally included in the probe. However, it is understood that could now change.

Questions about HSBC’s involvement in Libor manipulation came as further pressure came to bear on the bank and its former chief executive Lord Green about its involvement in money laundering.

Yesterday Labour leader Ed Miliband said Lord Green, now trade minister, should answer questions in Parliament about what he knew of the bank’s involvement in the laundering of billions of dollars of cash from Mexican drug cartels. His call came after the bank was publicly criticised by US authorities for control failures.

Lord Green could also find himself called in front of the Treasury Select Committee. Yesterday a source close to the committee said of the money laundering scandal: “I think this is serious.

“This is on a similar order of magnitude as the Libor scandal. It’s clearly something which will need very full examination.”