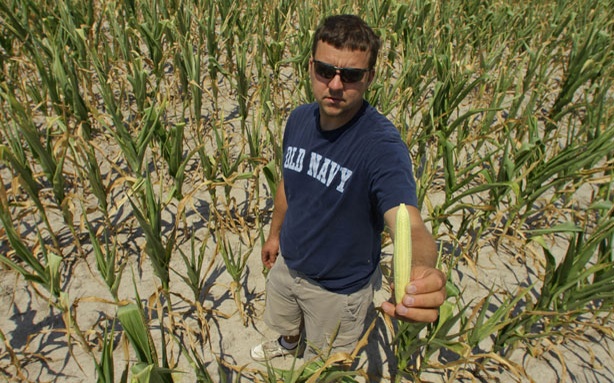 – U.S. Declares the Largest Natural Disaster Area Ever Due to Drought (The Atlantic, July 12, 2012):

The blistering summer and ongoing drought conditions have the prompted the U.S. Agriculture Department to declare a federal disaster area in more than 1,000 counties covering 26 states. That’s almost one-third of all the counties in the United States, making it the largest distaster declaration ever made by the USDA.

The declaration covers almost every state in the southern half of the continental U.S., from South Carolina in the East to California in the West. It’s also includes Colorado and Wyoming (which have been hit by devatasting wildfires) and Illinois, Indiana, Kansas and Nebraska in the Midwest. However, it does not include Iowa, which is the largest grain and corn producer in the U.S. This map show the counties affected: 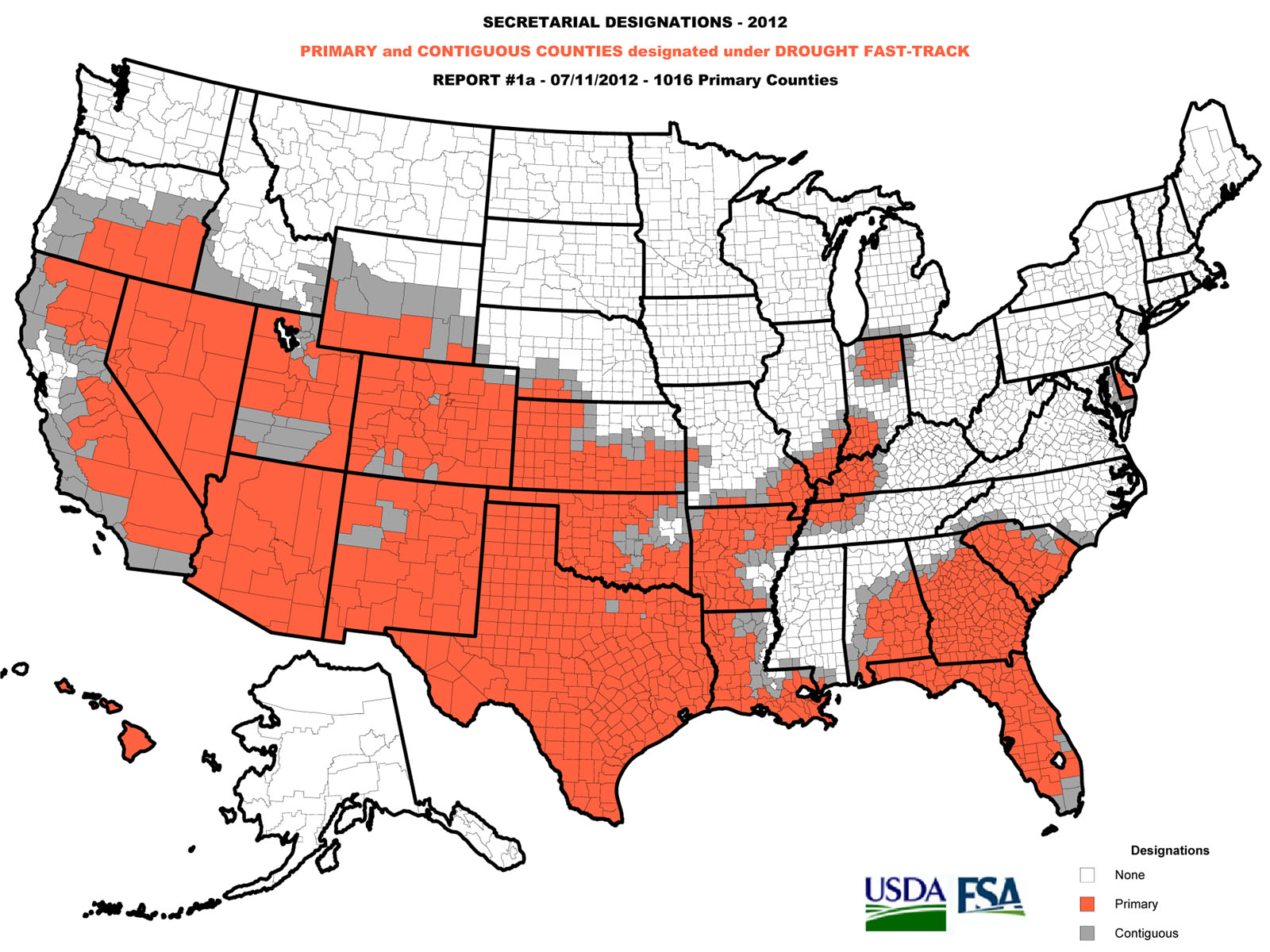 The USDA’s latest crop report is projecting a 12 percent decrease in the corn harvest this year, which would still be the third-largest haul on record. Despite the negative outlook, grain prices remains quite low, according to CNBC.

The ruling allows farmers in those affected counties to apply for low-interest loans and face reduced penalties for grazing on protected lands. The USDA says the loans will only amount to around $4 million, but is one of the few “limited tools” the department has available to help farmers. Agriculture Secretary Tom Vilsack has asked for a complete re-authorization of all existing agriculture programs, including crop insurance, that can be used to support struggling farms.

About 53 percent of the country is facing “moderate to extreme drought” so far this summer.