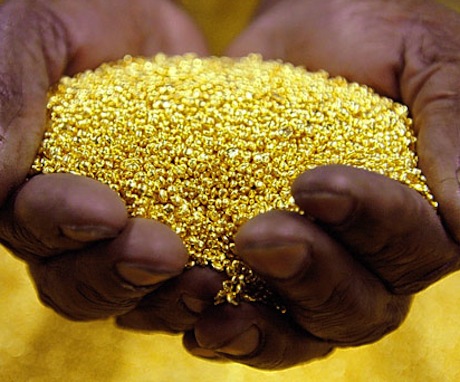 Governments can’t will gold into existence

– The price of gold has been manipulated. This is more scandalous than Libor (Telegraph, July 11, 2012):

The new media and the 24-hour news cycle have a great deal to answer for, not least encouraging a political class which would otherwise be happily engaged expensing duck houses into the belief that it should demonstrate perpetual action on our behalf – hence the endless stream of badly drafted legislation from the corridors of Whitehall.

It does, however, reveal things that would otherwise be ignored. The issue of manipulation in the gold market which I wrote about last week is a case in point. The ball of half-truths and downright lies which have surrounded the issue for a long time is beginning to unspool in an issue internet activists kept alive long before it was acknowledged by the mainstream media.

Although Libor manipulation affects the interest rates we pay on all number of credit products, gold market manipulation is more serious still.

The price of gold is traditionally a proxy for the value of money. A soaring bullion price is indicative of a lack of faith in fiat currency.

Our financial system is predicated on the notion that money stands as a proxy for the factors of production – capital, labour, land and enterprise.

In short, the abundance of money in the economy should be related to the abundance of those factors. The harder we work, for instance, the more we create. There is more labour in the economy, therefore a rise in the money supply is legitimate in order to mirror this. There is nothing wrong with printing money per se so long as the printing reflects an expansion in the real economy.

Twentieth and Twenty-First century economics appears to have done away with this. Money is now created ex nihilo to feed both the top and bottom ends of society.

Money printing or Quantitative Easing is mainly of benefit to two parties. Firstly, the Government, which is able to borrow more and borrow cheaper than it otherwise would have done. This is because QE money is used to buy bonds, forcing down yields.

The Government uses this money to finance both existing debt and an expansive welfare state which bribes large portions of the population to accept a life of hellish boredom and dribbling docility in exchange for £70 a week in dole money. Such payments are not a genuine transfer of the fruits of existing production within an economy; they are borrowed. They help governments electorally at the cost of the vigour of society.

At the top end, Quantitative Easing money goes directly to banks, who are able to sell their government bonds at a profit. In theory they may use this to even up their balance sheet. In reality they frequently use it as stake money at riskier tables.

In both cases, paper money has been stripped of meaning. It is no longer a reflection of production nor any of its components. It now simply exists of its own right – but it can survive as a measure only for so long as the government keeps such printing in small enough doses that the de-leveraging does not become apparent to workers.

As with everything in economics, there is a correctional market mechanism for this scenario – the flight to commodities, particularly precious metals like gold. Gold holds its value when paper money loses value, because it is beyond the gift of the government to simply will gold into being and give it to friends in high places or voters in low ones.

If gold has been manipulated downwards and if that process continues, then all recourse to a store of value (other than land and property) has been taken from the individual.

The value of our money is falling thanks to Quantitative Easing. Fixing in the gold market takes away one of the key hedges for those with cash assets but no property.

The true fall in the value of money is probably better seen through the rise in house prices since the 1980s – a much better reflection of the market mechanism thanks to the suppliers being so large and because of the lack of a two-way interplay between house prices on the street and derivative products for traders.

In any case, it would appear that the Libor scandal at Barclays has acted to draw out more market figures willing to claim openly that organised price fixing has occurred in gold.

Ned Naylor-Leyland, investment director at Cheviot, a British investment firm, had the following to say on CNBC the other day (H/Tt Chris Powell):

In the aftermath of the Libor scandal, the Bank of England complained that it had received no forewarning from the marketplace.

Gold price manipulation may well be the next big scandal to break – if it does, this time nobody can say that they were not warned.

Finally, a mea culpa – the tonnage figure quoted in the original article certainly undershot the true extent of the short position held by the US bank in question. It was very difficult to get accurate tonnage figures from anyone I spoke to for the article, and I took a pithy aside relating to a “couple of tonnes” rather too literally in a desire to include some. The true extent would have been far greater as many of you pointed out in the discussion board below the article.