UPDATE 2: Have no fear though since as recently as January 2012, the CFTC did not find any “material breaches of customer funds protection requirements” at FCMs (firms like PFGBest)

UPDATE 1: Account-holders may not be so surprised to find who is the custodian for the PFGBest FX accounts: none other than huge MFGlobal fans, JPMorgan! 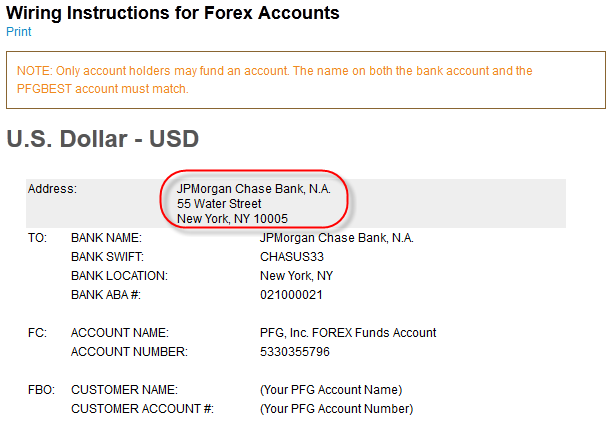 Remember when the entire segregated account fiasco was supposedly fixed in the aftermath of the November 2011 MF Global bankruptcy, and where regulators: the CFTC, the SEC, the CME, and anyone you asked, swore up and down this would never happen again? Turns out that 7 months later, the spirit of MFG has struck again, only this time with one letter switched: it is now known as PFG, as we suggested first 3 hours ago when we broke the story. From the just filed affidavit by Lauren Brinati who is working with the National Futures Association, which in turn has just filed notice prohibiting PFGBest from operating further, and freezing all of its accounts:

Translation: another $220 million segregated account pillage has just taken place, in the vein of none other than Jon Corzine and MF Global.

The money has now officially vaporized.

It is truly wonderful of the NFA to finally get involved, after PFG’s clients have lost about 98% of their cash held with the firm.

In other potential news, a rather prominent New York bank, recently closely associated with marine wildlife, may have just cut its Q2 losses by up to $220 million.

And now for a moment of sarcasm, courtesy of Jack Pearson.

PFGBEST’s goal during MF Global’s demise was to get MF Global customers their money back. fb.me/1tPLObJyL