You know the Obama goons couldn’t stand this photo below.  You know, since their only rebuttal to any criticism to the fact this entire Administration appears to be complete and total criminals is to yell “racist!” 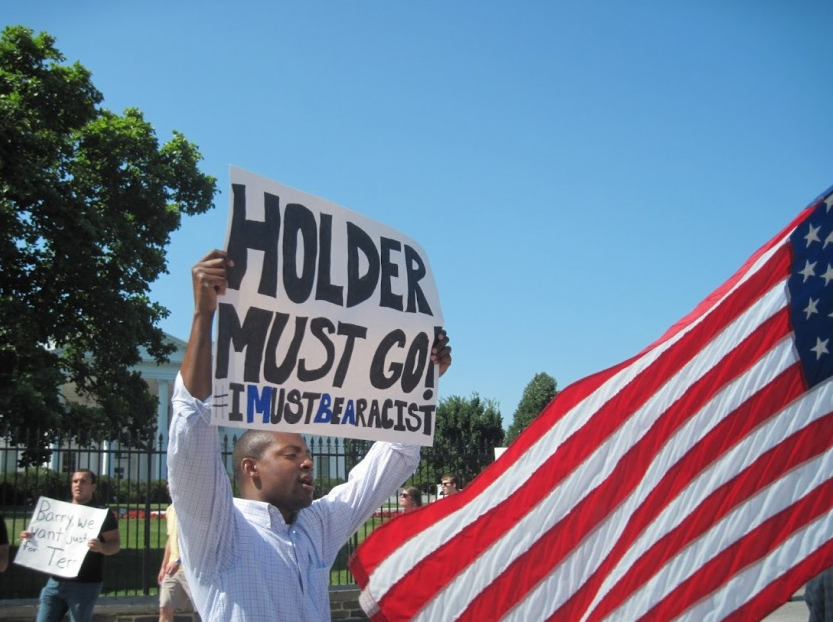 A huge kudos to this guy for calling out the BS.

Agents on scene claimed a backpack abandoned on a sidewalk was a “suspicious package,” closing the Pennsylvania Avenue pedestrian mall in front of the White House, and the adjoining Lafayette Park, from protesters and tourists. All pedestrian traffic, including media, was forced to retreat to side streets.

“To me, it seems like a bit of an overreaction to evacuate the entire — like — I don’t know. Was the White House evacuated?” Darcy said.

“It did seem very odd that during a protest of Attorney General Eric Holder and Barack Obama in front of the White House that all of a sudden there was a mysterious bag left — accidentally, right?” Darcy continued.